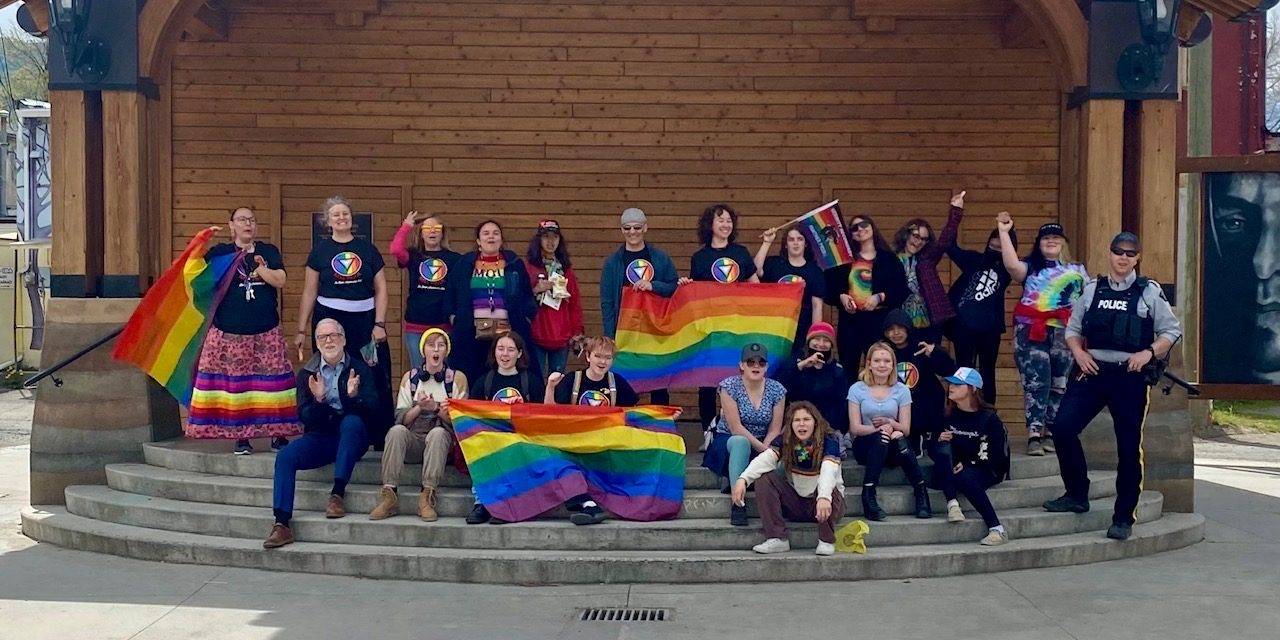 Students of Merritt Secondary School (MSS) are showing their creative side this Pride Month, celebrating the occasion and their students in the LGBTQ2S+ community by producing a magazine compiled of their art.

The magazine, entitled Queerzine, is an initiative of the school’s Gender and Sexuality Alliance (GSA) Club, which was recently revived by MSS English teacher Marika Cram and students at the school. The club meets weekly, and provides a safe environment for students that identify as a member of the LGBTQ2S+ community. The magazine hopes to offer the student and community populations at large a new perspective.

“It’s partially a celebration of their developing identities as they have the queer adolescent experience in Merritt,” said Cram.

“It’s about sharing their perspectives and building a community here. They’re trying to express themselves freely. The kids have put together a bunch of art, poetry, stories, and all sorts of stuff, so we built this magazine together.”

Queerzine is a work in progress, with Cram and her volunteer student editors compiling a multitude of art forms from the MSS student base throughout June, celebrated internationally as Pride Month. The magazine will be released before the end of the school year, and will be available digitally.

Cram says that the response has been wider in scope than the GSA club had originally anticipated, with students outside the club’s membership submitting their works and perspectives on being a queer member of the srudent base.

“The response has been huge actually. There were lots of kids who weren’t even in the club but sent me their stuff as well. Every day I get more emails and I add more pages and more things to it.”

After its inception at the beginning of this school year, Cram says the GSA club seems to be encouraging students to share their personal experiences as members of the queer community, and supporting pride in the community. Recently, members of the club and school district faculty hosted a pride walk in Merritt, leaving positive messages in sidewalk chalk throughout the downtown core.

The club hopes to continue their Queerizine initiative on a yearly basis, and planning for future plans such as education field trips and more community events are already underway. Through these events, students will be able to see their own stories and experiences compiled. 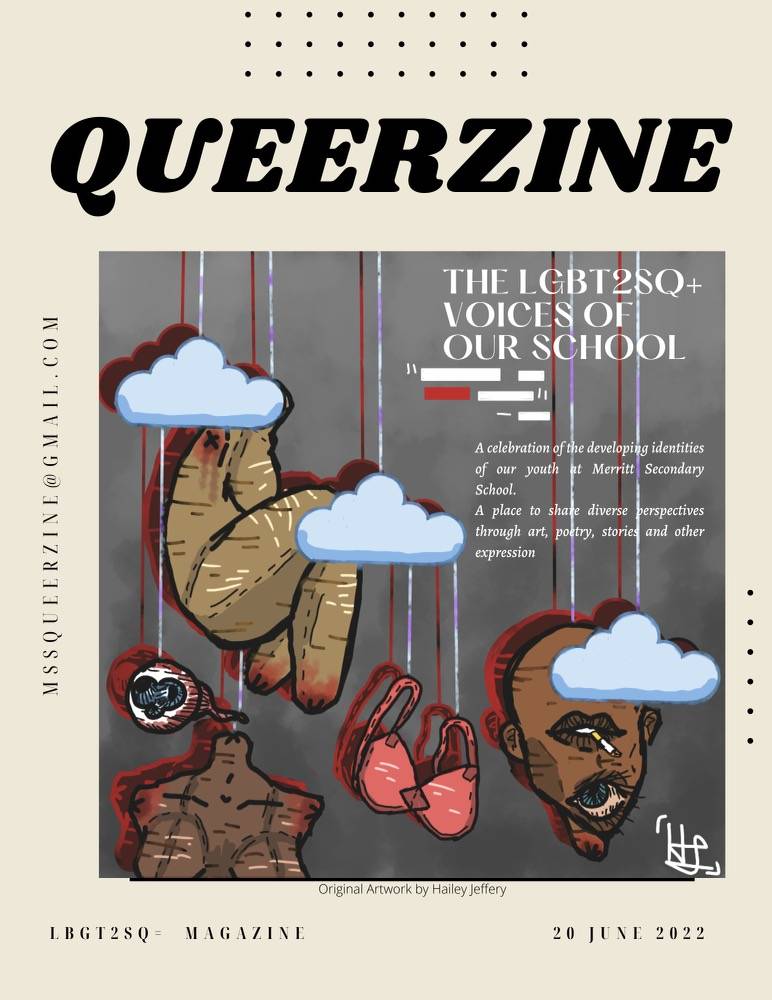 “It’s nice to see themselves reflected in something that they created themselves,” added Cram.

“If it goes well, I would do it again next year and have it be a yearly pride celebration at the end of the year for the gay students to share all the artwork and stuff they’ve done.”

For more information or any questions, please email mssqueerzine@gmail.com.