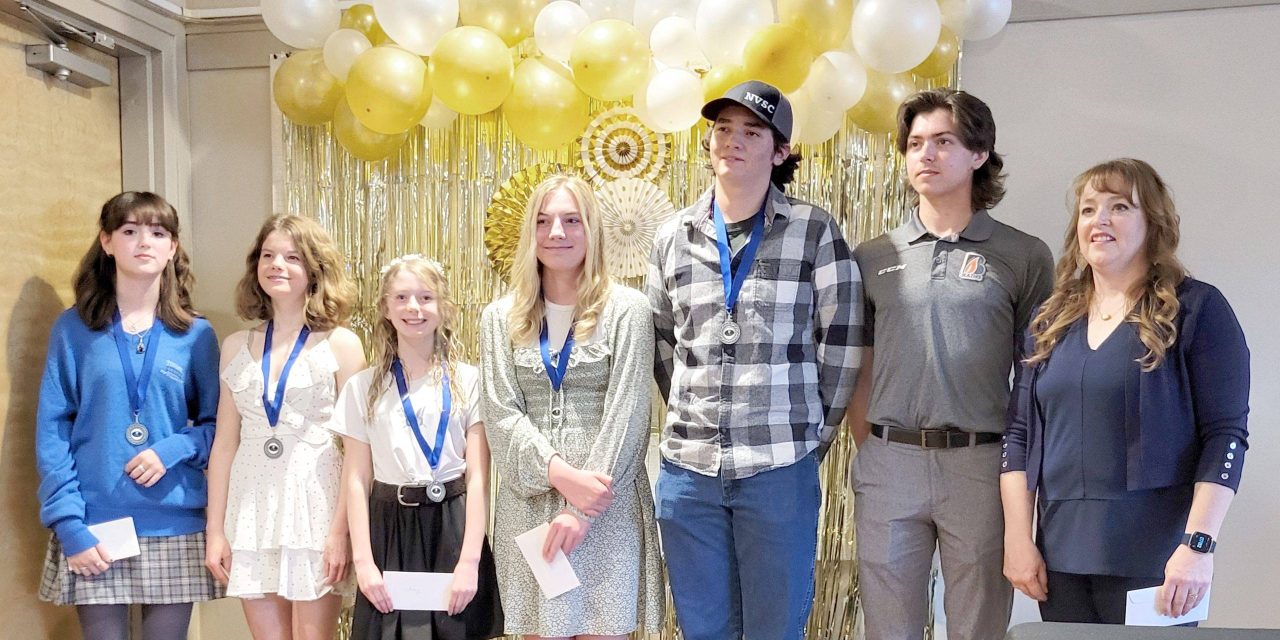 “This is our first awards night, fully in person with an audience for the past two years,” said Diana Lorenz, Coach for NVSC.

“The turnout was great! It was really good, we had only a standing room in our awards day this year. We had parents, grandparents, brothers, sisters, friends all present to recognize our students’ accomplishments.”

The event happened at 6:30 pm on Thursday, June 2, after NVSC’s annual general meeting. Awardees received invitations for the event via email weeks prior to the event.

As the awards night was planned prior to the lifting of COVID-19 restrictions, the event was simple with the recognition of students and picture taking.

“We really didn’t know what to expect but it was an amazing turnout,” said Lorenz. “Definitely next year we’ll try to have a banquet style awards night again.”

The club is now preparing for their ‘Summer Skate’ in August. Lorenz is also excited for another event in the works for September.

“I can’t give too much details about it yet because we are still on the planning stage but we are wanting to hold a seminar open for skaters in the region.”

“We’ve got our dates booked with coaches coming in and we are just finalizing our ice times and things like that.”