North American Indigenous Games: an experience of a lifetime 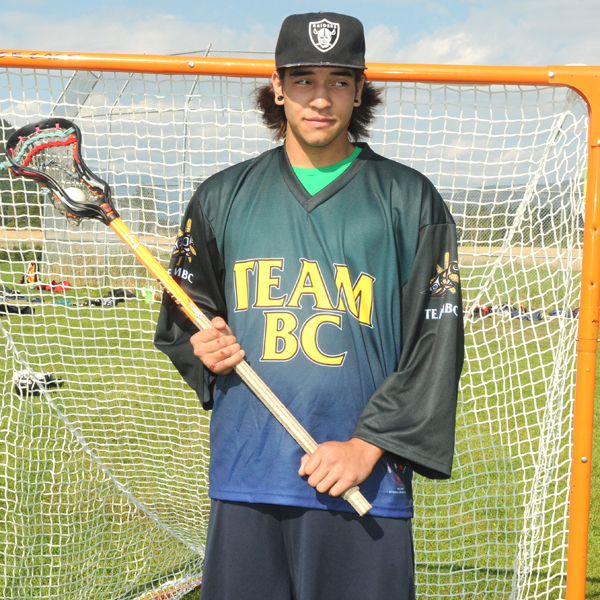 For seven aboriginal youth of the Nicola Valley, their participation in the 2014 North American Indigenous Games (NAIG) will be something they will never forget.

The seven – Jaime Blankinship, Thomas Manuel-Hanuse, Sunshine O’Donovan, Dakota Grismer-Voght, Payikeesik Beatty-Smith, Denny Thomas and Nathan Tom – were part of the 500-member Team BC that competed in this year’s NAIG championships from July 20 to 27 in Regina, Sask.

All told, over 3,500 young athletes from all over North America took part in this year’s Games, which saw competition in 15 different sports.

The North American Indigenous Games have been held intermittently since 1990. The multi-sport spectacle promotes and encourages the cultural, spiritual and traditional values of First Nations people. The theme of the 2014 NAIG was ‘Raising the Bar.’

After seven days of competition, British Columbia emerged as the overall champions with 160 medals, including 63 gold. Saskatchewan was a close second with 159 medals. B.C. also won the ‘team spirit’ award.

For 19-year-old Jaime Blankinship, Regina was her second trip to the North American Indigenous Games for archery. She competed six years ago in Cowichan on Vancouver Island – at the tender age of 13. 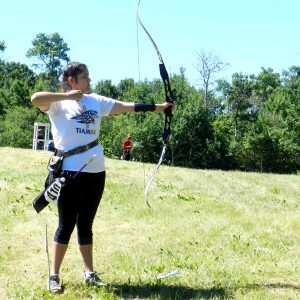 Blankinship was born and raised in the Nicola Valley, although she spent most of her high school years in Vancouver and Victoria while her mom pursued two post-secondary degrees.

Today, Blankinship resides in Vancouver. She is about to begin her second year of English studies at Vancouver Community College with the aim of someday becoming a teacher.

The Lower Nicola Indian Band member first took up archery in 2007 at the age of 12.

“My mom was always trying to get both my sister and I into new and different things. I tried archery once and loved it. I was hooked,” she said.

When the family moved to Port Coquitlam, Blankinship joined the Burke Mountain Archery Club. She continues to be a member to this day.

“Archery just grounds me, and makes me feel whole as a person,” she said. “It takes me away from the rest of my daily life – my work and my studies. It’s a peaceful place. Your body and mind need to be so relaxed.”

“Archery has made such a difference in her life,” said Jennie Blankinship, Jaime’s mother.

When she first started archery, Blankinship tried a traditional ‘bare’ bow and loved it. She’s never switched to the more intricate and technical compound bows that are now available on the market. The simplicity of the traditional bow is what appeals to her.

“There are so many levels in the sport, and you constantly set each new level as a goal. It’s always new and challenging. That’s what I love – the challenge.”

Blankinship did not medal in Regina, but still enjoyed every minute of her experience.

“Even though I didn’t win, I had a good meet and made lots of friends – from B.C. and from other provinces.” 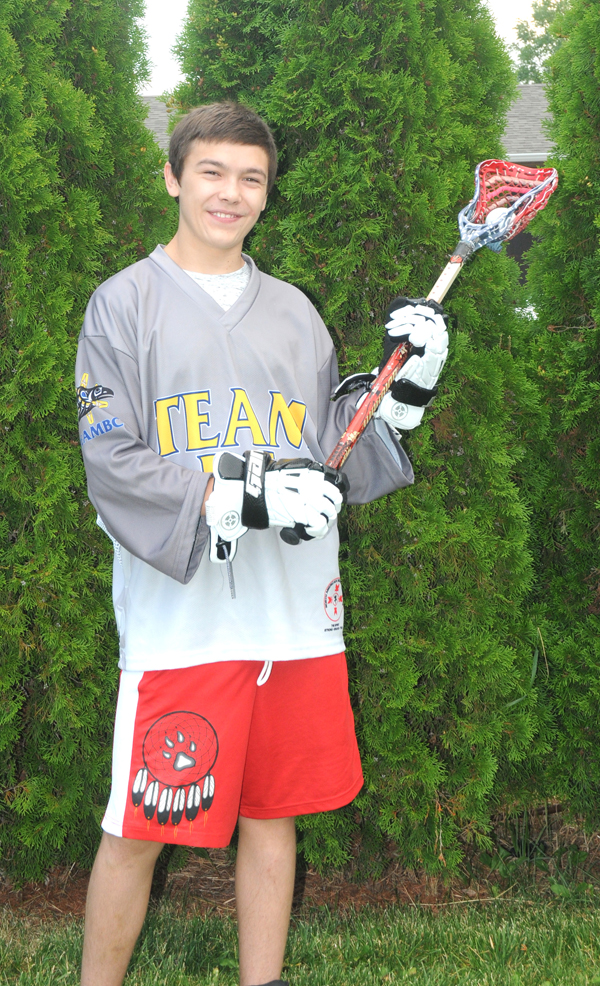 Asked about her future in archery, Blankinship said, “I want to compete until I can’t pick up a bow anymore.”

A pair of 16-year-olds from the Nicola Valley – Dakota Grismer-Voght and Payikeesik Beatty-Smith – were members of the B.C. U16 boy’s box lacrosse team that competed in Regina.

Both boys had their challenges in getting to Regina. Beatty-Smith had injured his hand in the final game of league playoffs in June and was only cleared to play for Team BC the week of the Games.

Grismer-Voght had to endure a 17-hour car ride from Nanaimo (where he played in the B.C. Summer Games). He missed the opening ceremonies and Team BC’s first game against New York, but was good to go the rest of the way.

Team BC won their second round robin game, 14-1 over Alberta, but lost in the semifinals to Ontario, 8-5, and to Manitoba, 13-10, in the battle for the bronze medal.

“I think that if our team played to its potential, we could have won the bronze medal, and maybe even competed for the gold,” Grismer-Voght said. “Because the Games were the first time we were all playing together, it took us a while to get dialed in.”

Grismer-Voght and Beatty-Smith loved their time in Regina – especially the opening ceremonies at Mosaic Stadium, home of the CFL’s Saskatchewan Roughriders, and the cultural village located at the University of Regina. 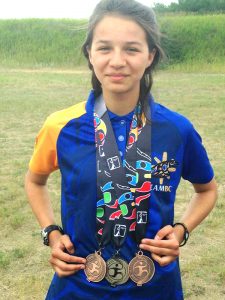 “My favorite part was the trading at the end,” said Beatty-Smith. “You got to meet so many people, and trade for different things. I managed to get a team jersey from the Haudenosaunee (Iroquois) of New York and one from Team EDN (Eastern Door and North). It was pretty cool.”

Competing in the U16 female division of .22 rifle, O’Donovan won silver in the prone position and bronze medals in three-position (prone, kneeling, standing) and in combined.

Manuel-Hanuse also set some PBs en route to winning a silver and two bronze medals of his own in the U19 male division.

“My day one score in three-position, 553 out of 600, was the best I’ve ever done,” he said. “I was actually in first place after the first day, but had to settle for second at the end of the competition.”

O’Donovan felt inspired the moment she arrived at Vancouver airport for the Team BC charter flight to Regina.

“I could feel the buzz in the air. It was so great to be there with all these aboriginal athletes who were excited about their sport.”

One of the highlights of the Games for O’Donovan was the weather that hit Regina on the third day of competition.

“There was a severe storm warning and the possibility of a tornado,” she said. “Some people even said they could see the tornado forming. There was heavy rain, high winds and even hail the size of golf balls. At the cultural village, a lot of the merchandise tents were blown down and away, but the beautiful traditional teepees that had been set up withstood the weather perfectly – probably because of their shape.” 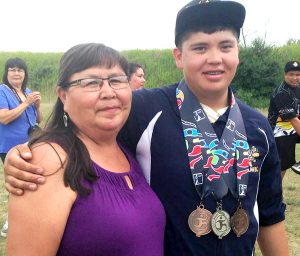 O’Donovan intends to continue her training with the Kamloops Target Sports Association. She has her eye set on the Richmond Hibernation Match in November, and the provincial championships next spring.

Manuel-Hanuse is uncertain he will continue with competitive shooting. The high school graduate and avid hunter is planning to work for his uncle in Grande Prairie this coming year, then enroll in the resource management program at the University of Vancouver Island with the aim of becoming a conservation officer.

Denny Thomas and Nathan Tom, both 15, were members of Team BC’s U16 male softball team in Regina. Dallas Lindley was also scheduled to participate but broke his leg playing high school rugby in the spring.

With just two tournaments under their belts prior to NAIG, the B.C. team was relatively inexperienced. It managed to win two games — 21-14 over Team EDN and 7-0 against Ontario — to finish fifth overall.

“I thought that we did great considering we were playing for the first time as a complete team,” Thomas said. “I really enjoyed playing for Team BC.” 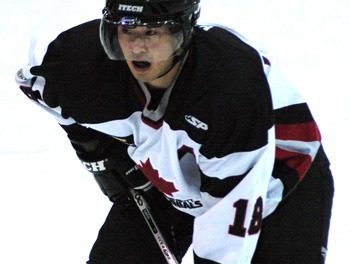 Catching up with the Merritt Centennials: news and stats 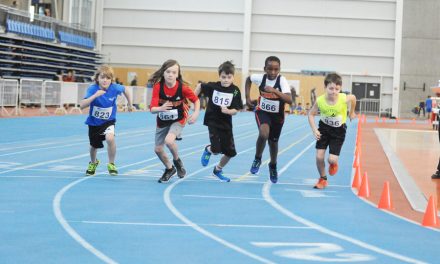 Cow Trail Classic back on track 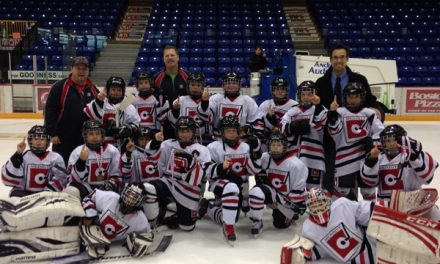 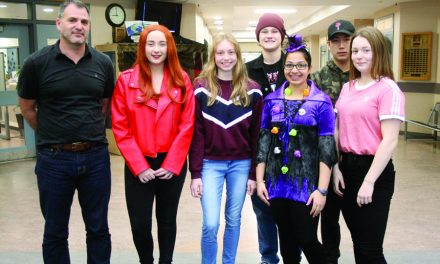