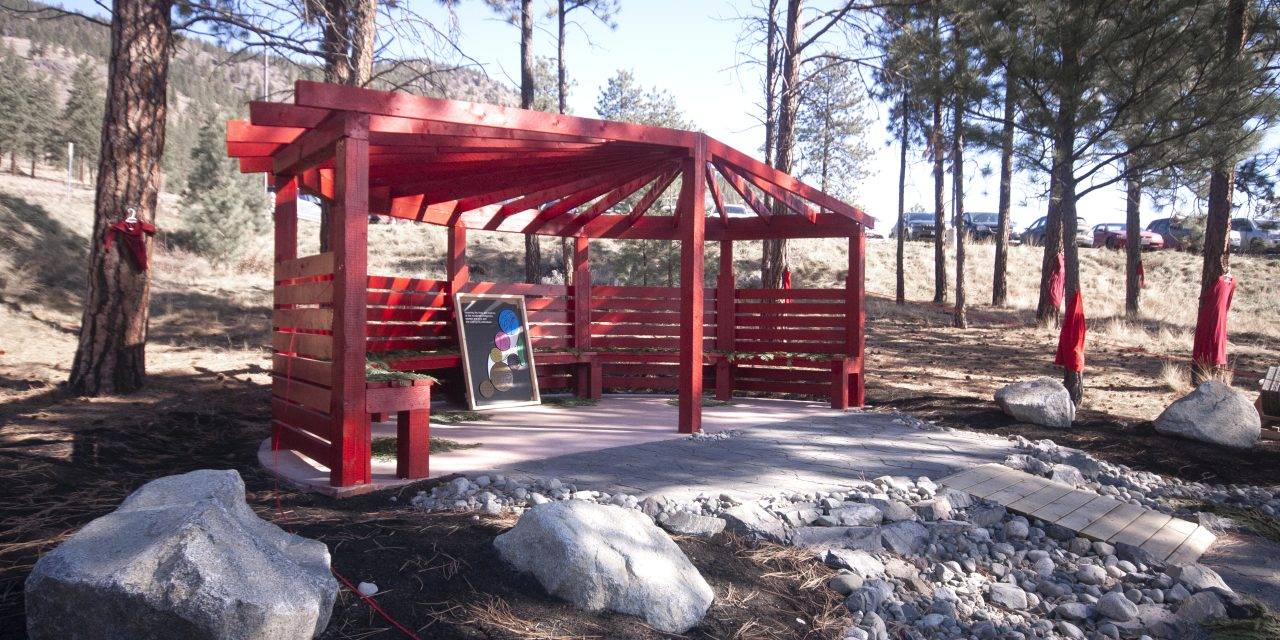 The memorial was built to honour the Murdered and Missing Indigenous Women, Girls (MMIWG) and the LGBTQ2S+ individuals.

“The MMIWG2S Memorial Project is a meaningful project,” said NVIT Vice President for Students, Sterling-Bur. “It is important that Merritt has a space to reflect, honour and remember our lost loved one to this category.”

A committee consisting of representatives from parents of MMIWG, Union of BC Indian Chiefs, local chiefs, NVIT, and Conayt Friendship Society oversaw the development of the project.

“The situation with the MMIWG across Canada, with the numbers being so high, it should really be a national emergency and really it isn’t,” said Kelly L’Hirondelle, Executive Director of Conayt Friendship Society.

“We really want to shed light on this issue because Indigenous women, girls and two spirit shouldn’t go missing on a regular basis.”

The ceremony included singing, hand drumming and prayer to bless the new space. After the blessing attendees were asked to head to the atrium by the main entrance of the NVIT building to witness the unveiling of the red dress in the cabinet display.

The cabinet for the red dress display was created by a silent volunteer who had heard about NVIT indiginization committee’s planned display.

“It was a complete donation and it turned out beautiful,” said Lesley Manuel, assistant to VP for students at NVIT.

The memorial garden was funded by Women and Gender Equality Canada in 2019, however, due to the pandemic, operations were severely delayed.

Located at the green space by the main parking lot, the memorial consists of a pit house surrounded by five landscaping boulders, courtesy of the City of Merritt. There is also a sign that is dedicated to the MMIWG and LGBTQ2S+ individuals.

The pit house was stained red to represent the MMIWG movement and there were several red dresses hung on the surrounding trees as per the suggestion of fellow MMIWG advocate, Krista Fox.

Although the space is now open, NVIT is still making plans to add a water feature to the memorial. Water has spiritual significance and is symbolic for healing for the families and loved ones affected by this issue.