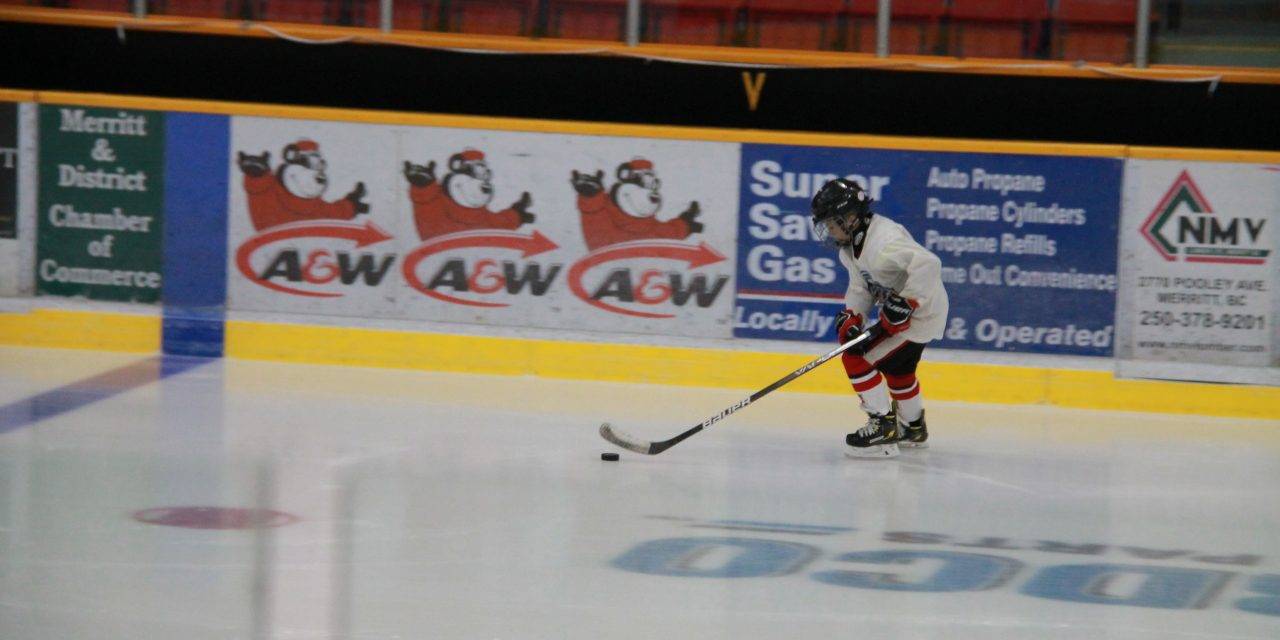 A drop-in hockey schedule has been set until October 9.. Marius Auer/Herald

Merrittonians will soon be breaking the ice, on the ice, as the City of Merritt offers up drop-in hockey at the Nicola Valley Memorial Arena (NVMA).

With the dry floor season over, and the Centennials gearing up for their 50th BCHL season, the ice is back and ready for action.

Those interested in lacing up their skates and donning the necessary gear can attend drop-in hockey at the NVMA from 8:00 to 9:30PM, on pre-determined nights of the week. A dynamic schedule is posted on the doors of the arena. An initiative of the City of Merritt, staff are excited to continue to offer drop-in hockey.

“It’s definitely important to be active, especially after the past two years we’ve all been through,” said Jenn Dougherty, recreation coordinator for the City of Merritt.

“I think a lot of us were isolated and not getting out to get that physical activity. It’s super important that we are getting out and doing that again. The drop-in option is great because often people just can’t make the commitment.”

Dougherty said she, along with Manager of Operations Dave Zakall, received a number of calls requesting the return of drop-in hockey this fall. In coordination with the Merritt Centennials times, a drop-in hockey schedule has been set until October 9. Up to 30 players can drop-in for an hour and a half of casual hockey, for a fee of $10. Goalies play for $5. The City also plans to offer public skating on Friday, Saturday, and Sunday evenings starting September 9.

For more information on drop-in hockey, or other activities offered at the NVMA, visit www.merritt.ca/arena.