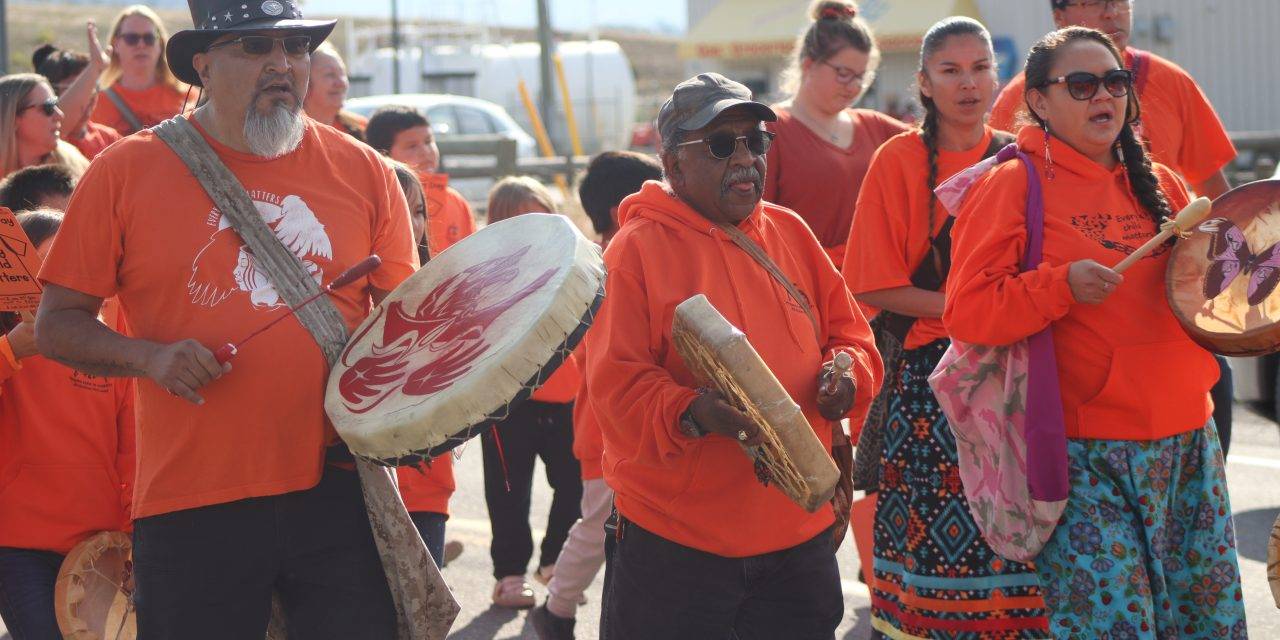 Multiple organizations and individuals took part in marking the second iteration of the National Day for Truth and Reconciliation, also known as Orange Shirt Day, with locals showing their respect to the victims of Canada’s residential school system. The national holiday, taking place annually on September 30, honours children who never came home from residential schools, as well as survivors, their families, and their communities.

Students from a number of schools, members of sports teams, and the RCMP participated in what was one of the largest events of Orange Shirt Day, School District 58’s Every Child Matters Walk. The event saw hundreds of people leave the school board office on the morning of September 29 for a police-escorted walk through the downtown core, a sea of orange shirts and solidarity for those impacted by the abuses and horrors of the residential school system. Chief Harvey McLeod of Upper Nicola Band, a survivor himself, addressed the crowd before the start of the walk. The event culminated in a hot dog lunch at Central Elementary School.

“I really think it was a success,” said Martha Chillihitzia, First Nations Support Worker with SD58. “When we started, we were just going to do Central Elementary, Diamondvale Elementary, and the Grade 8 and 9 classes from MSS. Then the N’kwala School wanted to join, and the Merritt Centennials called and said they wanted to participate and walk with our students, and we thought that was a great idea.”

Also on Thursday, students of the Lower Nicola Indian Band School and Nicola Canford Elementary joined their community on an Orange Shirt Day walk, with participants walking along Highway 8 from Shulus Hall to Shulus Arbor. Drumming, prayers, and a traditional ceremony was held upon arrival to Shulus Arbor. The Nicola Valley Institute of Technology (NVIT) held gatherings at both its Merritt and Burnaby campuses, offering lunch and a traditional ceremony to honour the day. A number of speakers addressed the importance of recognizing the National Day of Truth and Reconciliation, and survivors shared their stories.

The Upper Nicola Band hosted a community event on September 30, with an awareness walk from Spaxomin to the Quilchena Community Church. Dozens of community members gathered to walk, or ride their horses, and attend Randy Chillihitzia’s musical performance in the church. Opening remarks and prayers at the church was followed by remarks from Chief McLeod and other community members. Dinner was also served to participants. Across the events, Chillihitzia said engagement from young attendees was encouraging.

“The kids really understood why they were walking. When they would come and I would talk to them, they knew exactly why they were walking and about the kids that were taken away, the abuse in the residential schools, and they were happy they’re able to come to school in the morning and go home at the end of the day,” added Chillihitzia.