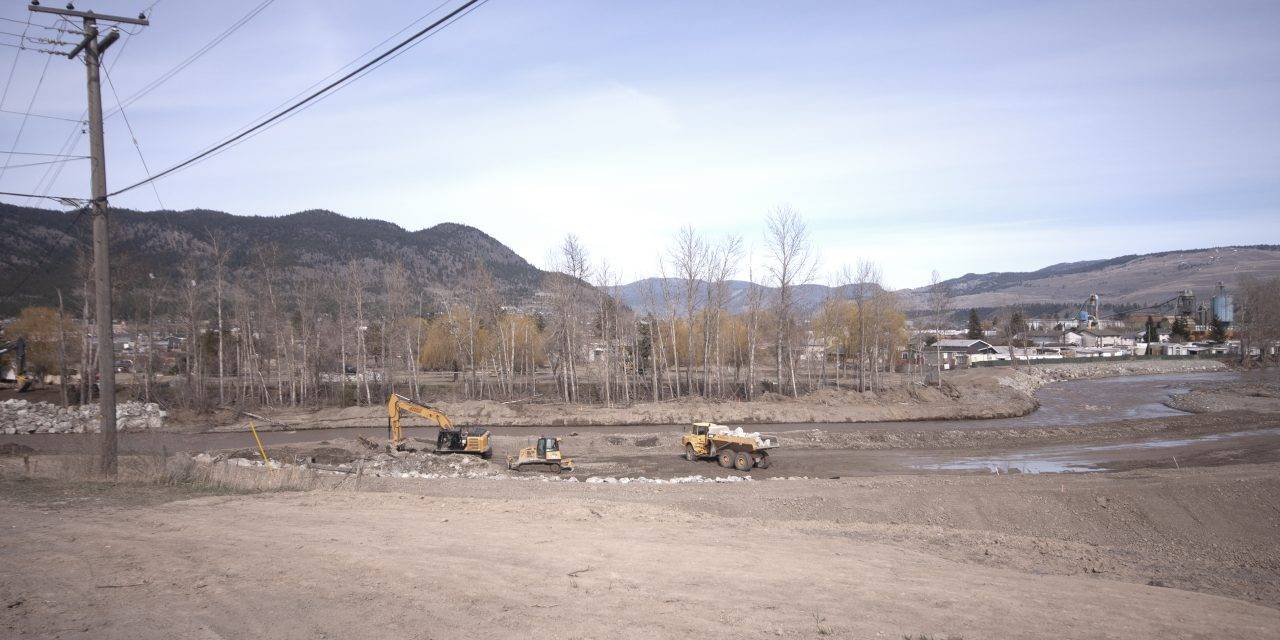 First Nations, local governments, and regional districts now have access to new provincial funding for projects that build or reinforce infrastructure, including natural infrastructure, in an effort to prevent future flooding events. The funding, which comes in collaboration with the federal government, looks to support communities recovering from flooding while also increasing their resiliency to future climate events.

The Province of BC’s new Adaptation, Resilience and Disaster Mitigation (ARDM) program is a $81.8 million fund, which includes a federal contribution of $44.4 million. Funding is available for infrastructure projects to prevent flooding such as dikes, flood walls, and pump stations, as well as any upgrades to existing fixtures. The fund also allows for the opening of natural water courses, as well as the restoration of wetlands and natural shoreline protection buffers.

“Last year’s atmospheric river events were a stark reminder that flooding can happen anywhere in B.C., at any time,” said Mike Farnworth, Minister of Public Safety and Solicitor General.

“With this new program, we’re supporting First Nations and local governments to not only prepare their communities for flooding events, but to help prevent them from happening in the first place.”

By accessing the funding and implementing these changes, the Province says communities can mitigate their risk of flooding and more easily adapt to climate-related flooding effects. The City of Merritt, which was heavily damaged during the November 2021 flooding event, would be eligible for up to $10 million in funding. Regional districts may put forward joint applications of up to $20 million with communities in their area.

Natural approaches to flood mitigation, including the use of natural buffer zones and existing infrastructure, can be of benefit to any community wishing to prepare for and possibly prevent flooding, says the provincial government. Projects looking to access the funding must be started by October 7, 2024, and completed by March 31, 2027.

“Climate change has created many challenges for our province, including devastating floods. Last year’s catastrophic atmospheric river affected many in our province, and we must work together to prevent and mitigate the damage of these events. By creating more access to funds for flood prevention, our families and communities will have a safer future,” added Minister of Forests Katrine Conroy.

Applications are open for the ARDM program until October 7, 2022. For more information, or to apply, visit https://www2.gov.bc.ca/gov/content/safety/emergency-management/local-emergency-programs/financial/ardmp.