After stepping into the office on what seemed to be a typical Monday morning, it wasn’t long before I would be enthralled in a conversation with Jody Claman, a star of The Real Housewives of Vancouver, and former Merritt resident. The so-called “Queen of Mean” said she read my column in the Valentine’s Day issue of the Merritt Herald titled “Real housewife leaves reporter hanging.” The column, on several occasions, requested her to call me, and I certainly wasn’t disappointed when she did.

Were you born in Merritt?

Claman: I was born in the Merritt hospital. And all jokes aside, Phillip, I am such a small-town girl. I know that I was portrayed as the villain, but they needed someone who was intelligent to fight back, so that was my position. But it gave me a platform that has just been beyond… the opportunities and the different executions of what I’ve been able to do with this huge subject has been a blessing

How did you go from living in Merritt to doing what you are doing now?

Claman: Both my parents are from very regal families. My mom was raised in South Africa and my father is of English decent. He was schooled in Vancouver and then bought a ranch outside of Merritt with his buddies, Guy Rose, et cetera. Our infrastructure was very amazing. Our bus was a First Nations bus that picked us up and took us to and from school. Merritt is a huge part of my character, my persona. I think small town people are very basic and honest and kind, and you help each other. It’s a sense of community, whereas in the bigger cities you just don’t have that, and I mean that, honestly. The reason I’ve been so successful is because I’ve had that ability to connect to people, that human connection that you have in small towns. I love Merritt and I do go there often.

Has Merritt stuck with you?

Claman: I am pretty in your face. I have a voice and I use it aloud. I am very much myself. I’m a Merritt girl. It’s a dichotomy, I know, but I am. I can hunt, I can fish, I can tie a fly because of Peter Mcvey and George Armstrong, my local mentors. George Armstrong is such a big mentor in my life. He taught me how to hunt, how to fish, how to do business. He had Home Hardware in Merritt. I worked for him. I knew everything from nuts and bolts to a 28-guage, a 22. He took me duck hunting, all of that. Guy Rose, who owns Quilchena, is a huge, huge, huge platform for who I am today.

How did you become a real housewife of Vancouver?

Claman: My parents were adamant that we gain an education, so we had to go to Vancouver to go to school, and I got married young, and I got divorced young, and my mother said, “Move home.” I said I’d rather collect welfare. I started a catering company. I worked in the movie industry. I did a movie with Martin Sheen and Charlie Sheen. I didn’t like it. I didn’t want to be an actress. I became a chef, a very well-known chef amongst all the movie stars. I did all their big functions and their weddings. I worked for everybody. And then I retired at 40. I moved abroad. I travelled the world, ended up in London, Thailand. I went everywhere. I then took a plunge and got remarried after 25 years of not being married and being a single mom.

We lived in South America and we came home to Vancouver, and I got a message on my Facebook saying, “We are looking for you. We want you to be on a show called ‘The Real Housewives.'” I said, “No, never, I’d never do such a thing.” After being convinced and reading the 55-page document that said they could turn you into a Jewish hooker and you’d have to be okay with that light, I signed it, thinking that I knew everything. Then we produced the project and then it went live and we watched it, and it was a pretty dark hole.

You have an epic moment coming up.

Claman: We’ve been voted for the Canadian Screen Awards for the number one show in Canada. It’s a big deal because it leads to other things as well and it’s such an honour for our producers. It’s a huge platform for them as well. Martin Short is going to do the two-hour epic moment for us. That’s on March 3 in Toronto. If we win, it’s even bigger, again. Three-and-a-half-million people watch the show. People say it’s white trash, it’s this, it’s that, but it’s entertainment. Is it really our lives? No. It’s a portion of our lives that is edited.

Is the show edited to make you look more like a villain? Do they encourage you to say mean things?

Claman: The girls will say something to you, and you are generally just responding to the horrendous things they are saying to you. They are girls who want five minutes of fame. This year, you will be able to see who is legit and who went on a platform as a multi-millionaire, and who has nothing, but has been brought in to cause the trouble. It’s so cleverly done. The producers and the casting agent are brilliant. They are brilliant. To be up for a Canadian Screen Award in your first year is just huge.

How do you feel about your portrayal?

Claman: Just to be shown in such a light… I’m not a villain in any regard. All the horrible things that Mary Zilba would say to me, like my daughter wasn’t my husband’s, and my husband borrowed a million dollars from her ex-boyfriend. My response was, “Well, that would be rather heavy, Mary.” But I didn’t understand the system. I didn’t understand what this reality TV was. You pretty much get to say a free-for-all and you are completely protected. No one can sue each other. It’s all in this 55-page document. It was an interesting journey. But I knew that if I hung in there and did a second year and third year, people’s true colours eventually come out. And you will see that in the second season. You’ll just have to see. It’s a very exciting show.

What kind of opportunities has RHOV given you?

Claman: When you see what I’m doing next, you’re going to fall on the floor. I never wanted to be famous. I am a business person. To me, money is like salt water: the more you have, the more you need to drink. It’s not because of what it can purchase, but it’s about the power and what it can do for others. This platform that I have been given, I have Larry Lunch Bucket, I have SANS Animal Sanctuary, which is just outside of Quesnel. I have a huge dog shelter where we provide food and shelter for these animals. It’s amazing, and to be able to go out there and to raise awareness, I think I’m very blessed for all these different opportunities. 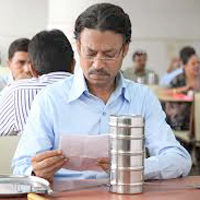 Not your typical love notes 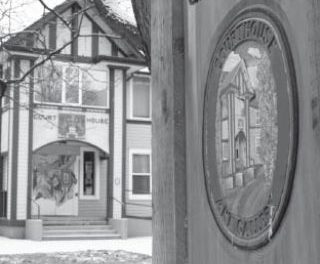 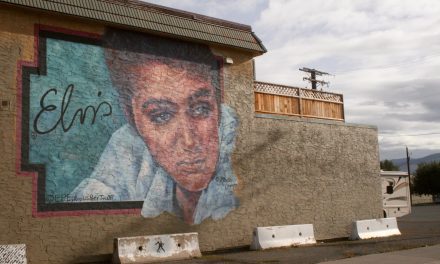 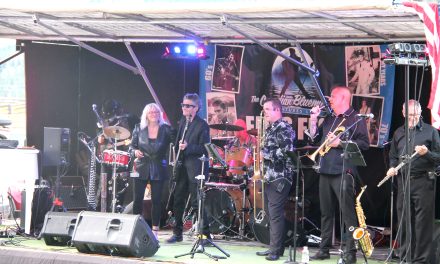