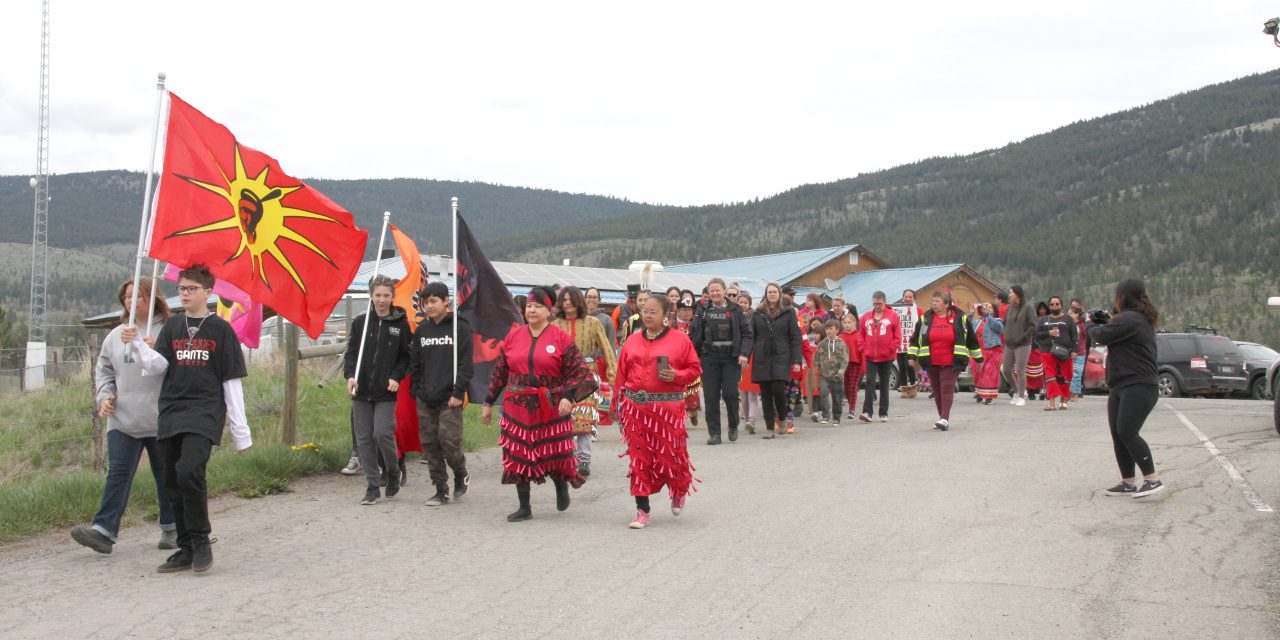 Community members and local organizations commemorated the National Day of Awareness and Action for Murdered and Missing Indigenous Women, Girls, and 2 Spirit (MMIWG2S) on May 5, with over 100 people walking along Highway 8 from Shulus Community Hall to Shulus Arbor.

Participants of the walk included students, local organization, community members, and the families of those affected by or lost to the ongoing MMIWG2S crisis in Canada, which has seen as many as 4000 Indigenous women and girls missing or murdered.

The crowd left Shulus Community Hall just after 10:30am, the rain holding out until participants were mostly under cover at Shulus Arbor. Traditional hand-drumming, an opening prayer, and an “honour” song and dance honouring those impacted by the MMIWG2S were in store at the arbor.

The walk was organized by the Lower Nicola Indian Band’s (LNIB) Carole Basil, who says the community banded together to bring awareness to the ongoing MMIWG crisis.

“We want to show support and awareness for the MMIWG2S,” said Basil, who facilitates LNIB’s Cultural Revitalization program. “There’s been numerous MMIWG2S in our community and it’s very heartbreaking.”

Multiple members of Merritt’s RCMP were also in attendance, facilitating the traffic control as walk participants made their way to Shulus Arbor and showing their support for the event.

“I feel it’s important for the police to participate and acknowledge our part in the history of colonization and the trauma. We need to come out and support our Indigenous communities and recognize that MMIWG2S is still going on today,” said Constable Tracy Dunsmore.

“We need to protect our women, girls, and everybody.” 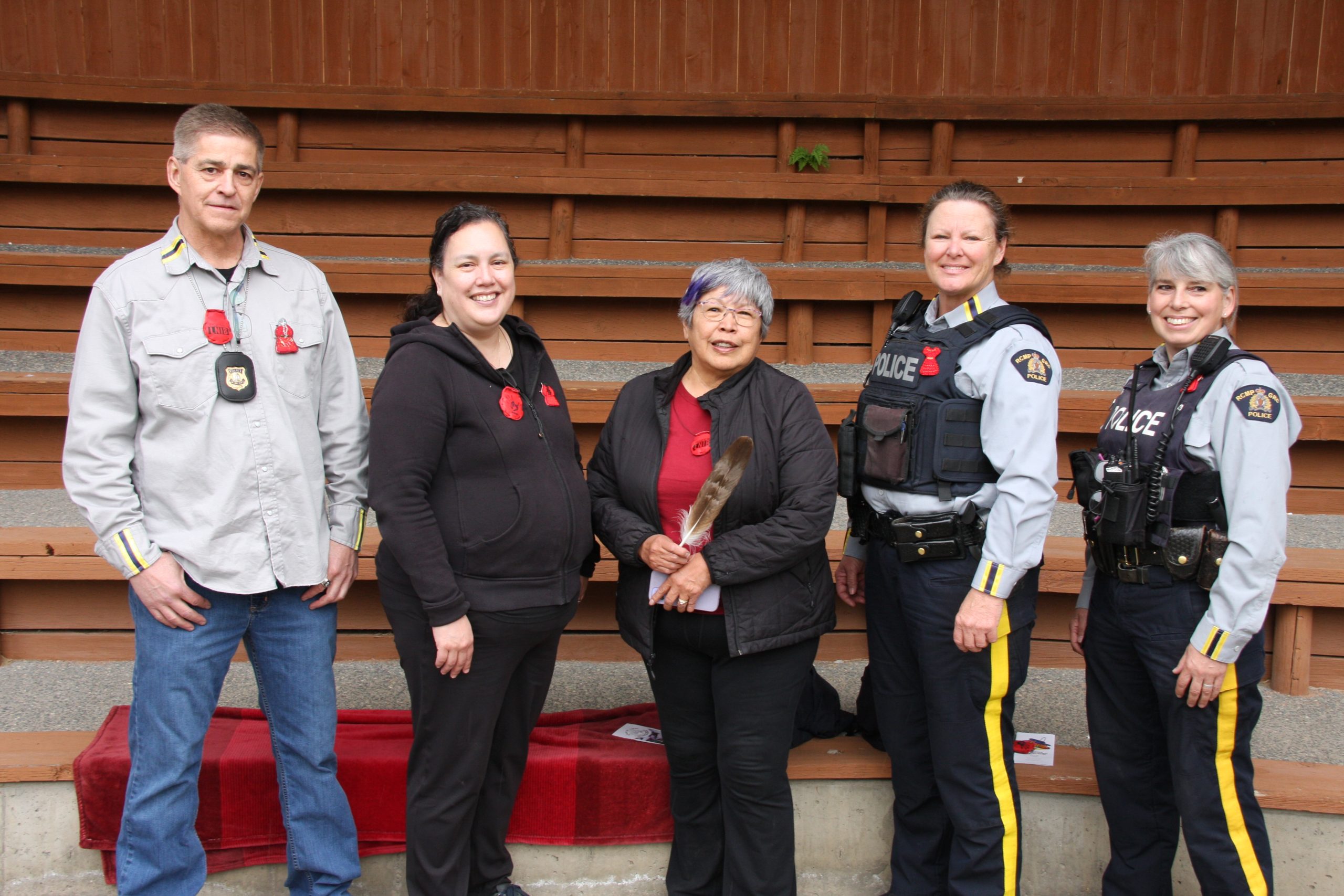 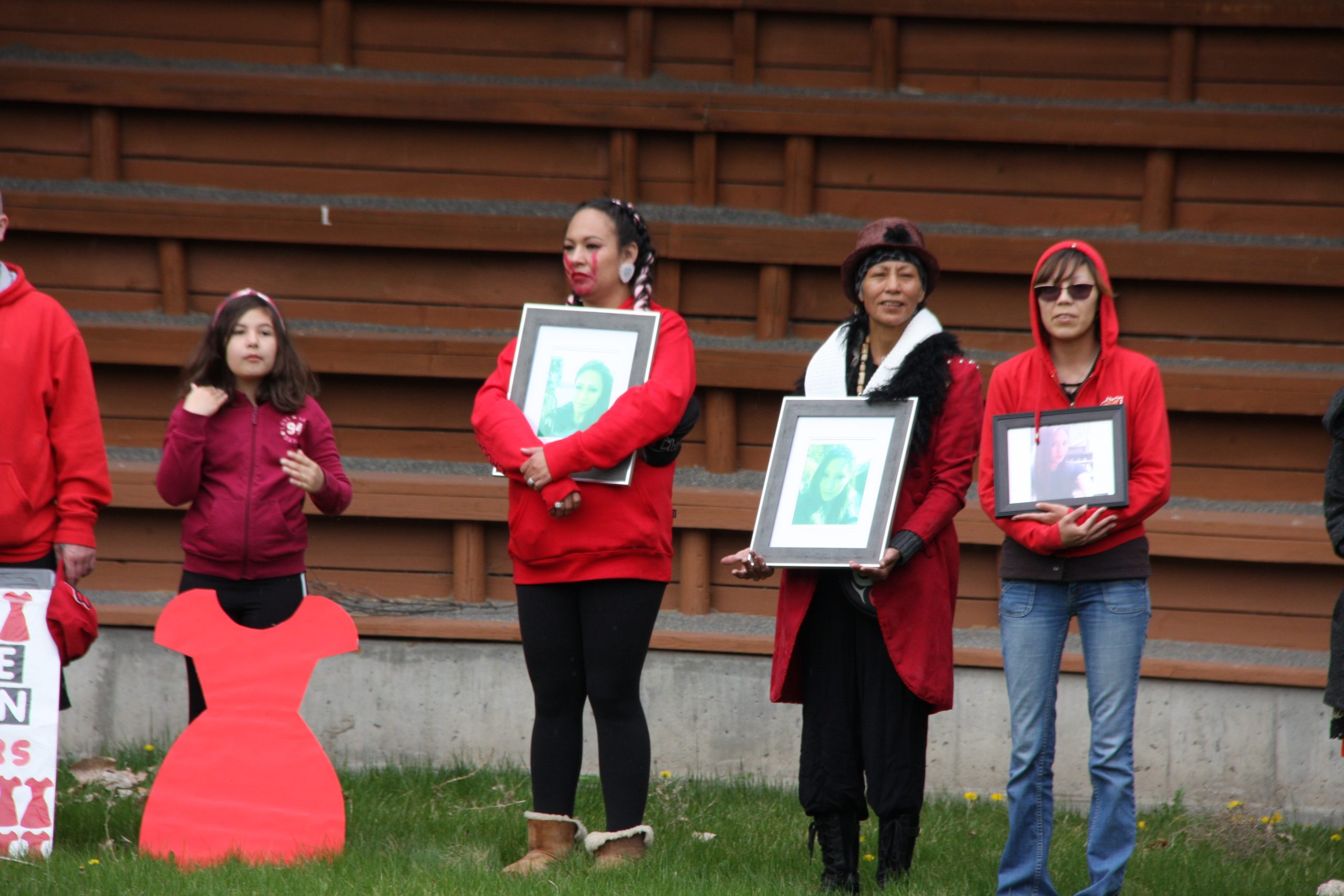 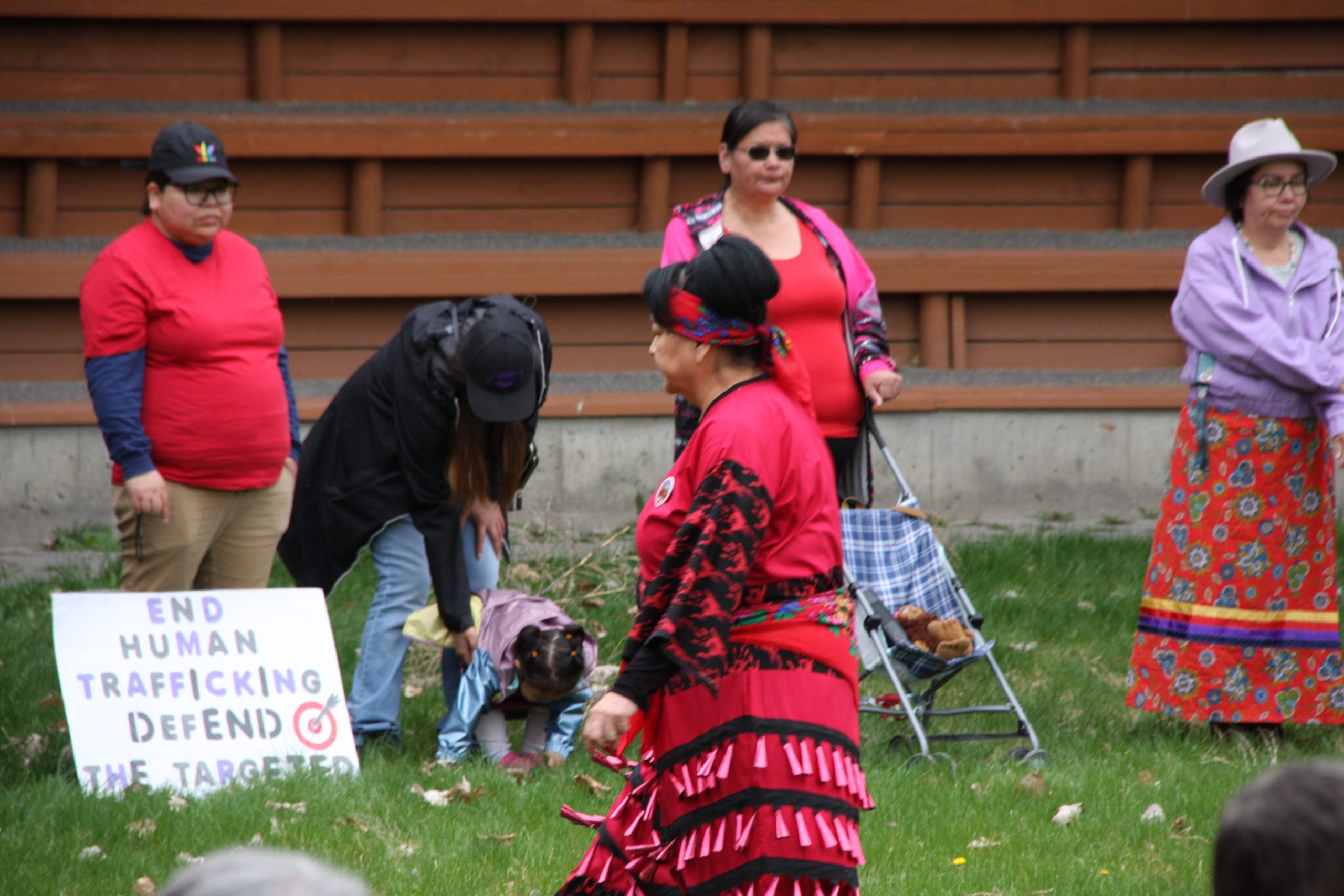 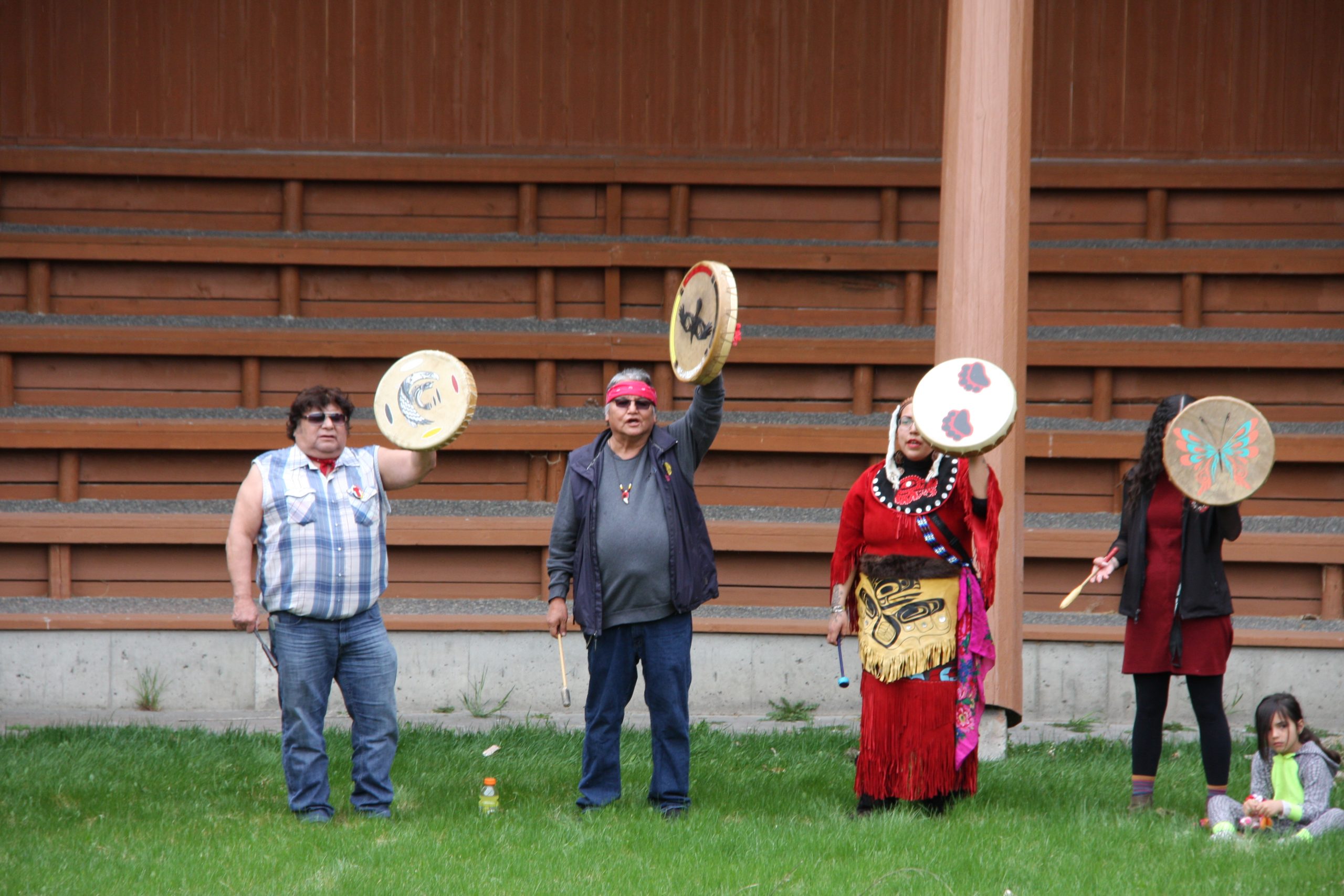 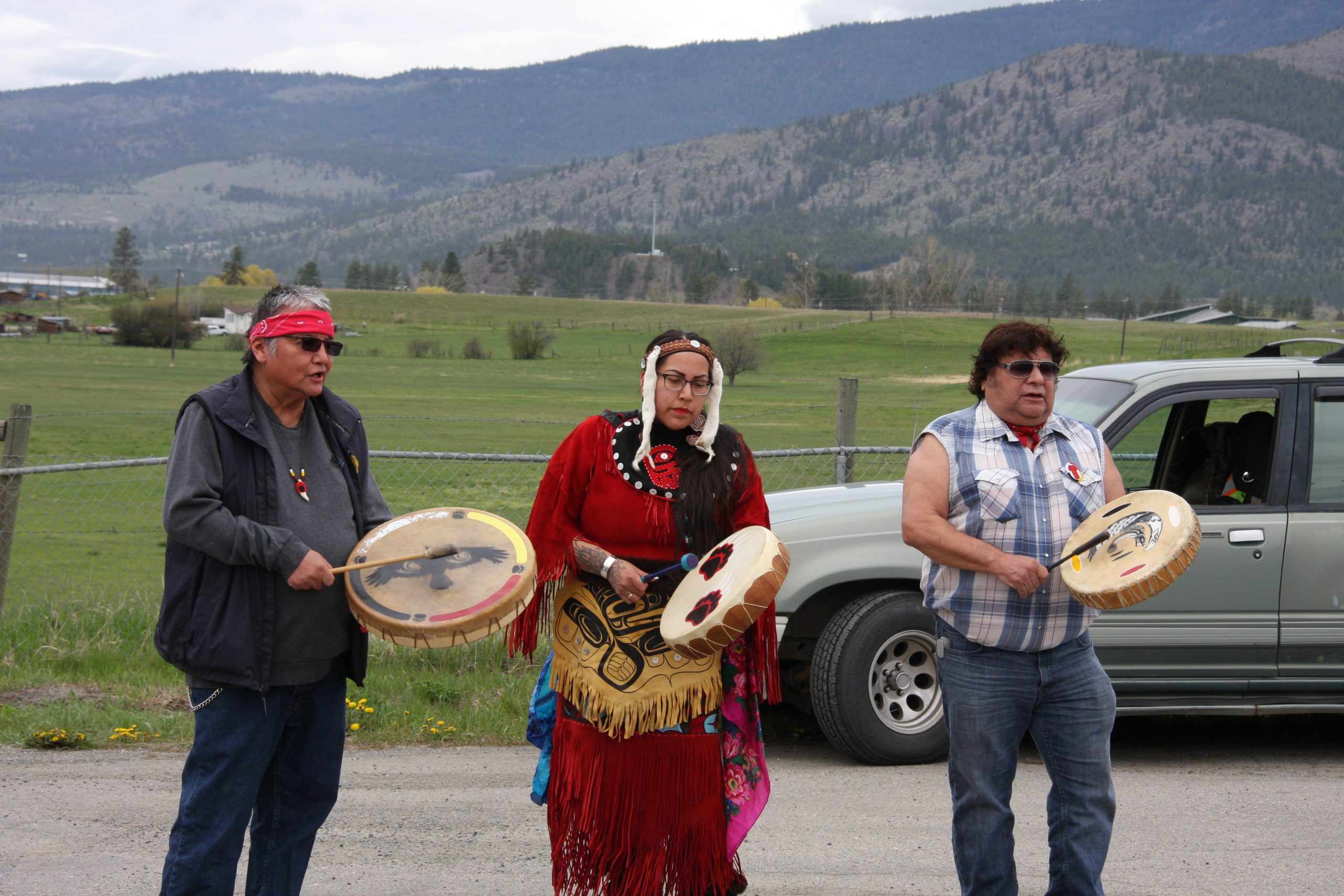 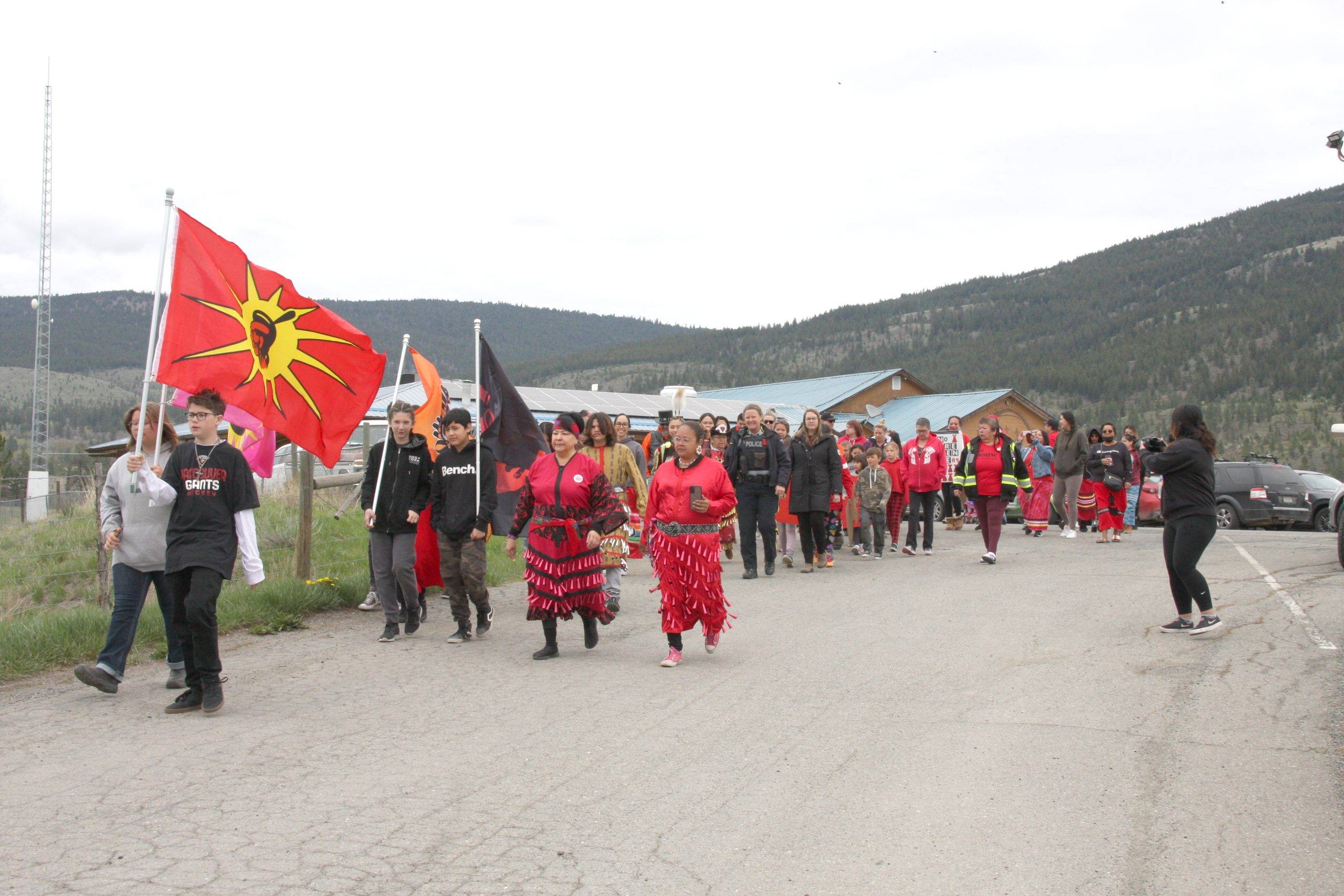