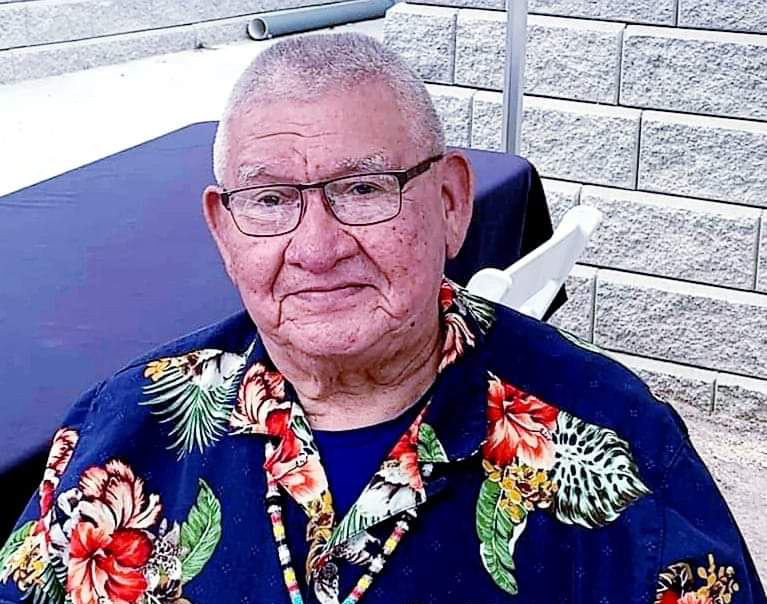 ‘Opie’ Oppenheim was a well-known, well-loved and respected artist in the Nicola Valley, as well as a pillar of the local indigenous community.

Opie’s son, David, sat down with the Herald to talk about his father and commemorate his legacy.

“My father Phillip Raymond Oppenheim, better known as ‘Opie’, was proud to be a born and raised Merrittonian,” said David.

“He would often tell people he grew up in a one-horse town, and said it with pride.”

Those who have driven through the Coldwater reserve south of Merritt will no doubt have passed ‘Opie’s Studio’, a place where Oppenheim explored many different artistic avenues throughout his life.

“He was drawn to art at a young age,” said David.

“Between the combination of years spent in residential school and the hospital he found some refuge in art.”

Opie was a survivor of the Kamloops Indian Residential School (KIRS), where the discovery of the remains of 215 children buried in a mass grave has recently shook the nation.

However, Opie had to walk a hard road before he finally came to the realization that he was meant to be an artist. Like many survivors of Residential School, where students faced years of abuse and trauma, Opie turned to drugs and alcohol to help him cope.

“It was later in life he pursued his dream of becoming an artist,” David explained.

“He found himself living in Vancouver and hitting rock bottom, having drugs and alcohol almost claim his life several times. This is when, with the help of a few who loved him, he began to strive for a better life. In the early eighties he moved our family of five from Vancouver back to where he grew up, the Coldwater Reserve.”

It was then, after returning home, that Opie finally felt free and able to create. His art mediums varied; from paintings, soapstone sculptures, canvas originals and art cards to placemats, T-shirts, silver and gold engraved jewelry as well as painted pottery and wooden jewelry boxes.

His most recent passion had been Native American flutes, the popularity of which soon soared, with one hardly being finished before a new one was ordered. Opie’s flutes made their way around the world, ending up in Mexico, Germany and even Ireland, as musicians vied for ‘an Opie’. This no doubt came down to Opie’s dedication to workmanship. In 2019 he told the Herald: “I strive for quality. Quality sells itself. Junk, you have to try to sell it.”

“Amidst all of his creations and inventions he found time for more,” said David, who noted his father was also a motivational and keynote speaker, a professional comedian and an advocate for many causes near to his heart.

In that same Nov. 2019 Herald interview, Opie touched on his speaking career.

“I’m honoured and proud to have spoken at over 160 sober conventions,” Opie said.

“I believe in helping other people be OK.”

“Inviting them to join him for some diet chow mein as he would practice his comedy material. Many have said that he overflowed with talent, anything he wanted to accomplish he would find a way. He also overflowed with kindness, compassion and love. As a survivor of residential school that spent years upon years doing what he could to heal. He would do whatever he could to help those around him do the same by sharing his story and showing compassion, kindness and understanding to others.”

Opie remained a humble man, in spite of his successes. He never strove to be famous, only to do and be his best.

“Whether it be his art, speaking engagements, comedy shows, playing his flute or answering phone calls any time of day for those who needed an ear, he gave his full attention to all of it.”

Despite the grief and difficulty of losing his father, David has been able to find the positives in the situation.

“I smile when I think of him being there to help welcome to 215 home,” said David.

“When I had to choose his clothes for his journey, I chose his two favorite shirts. His black ribbon shirt and under that he has his ‘Every Child Matters’ shirt on. What an honor and privilege to spend 44 laps around the sun with the most amazing man I’ve ever met, and call him my dad. His humorous ways and flute music will echo in the Nicola Valley for years to come.” 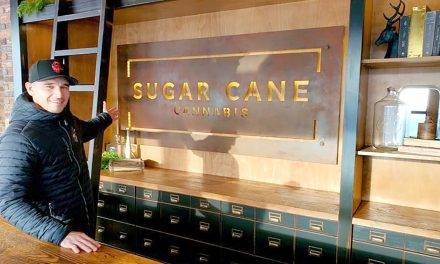 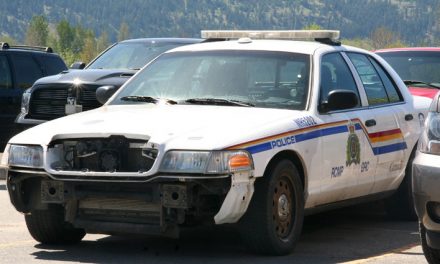 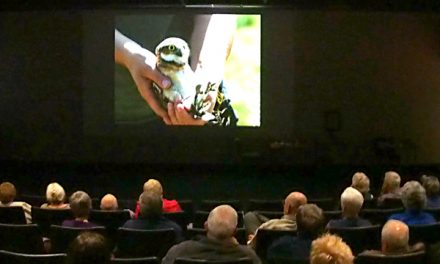