Skeeters sprayed from the sky 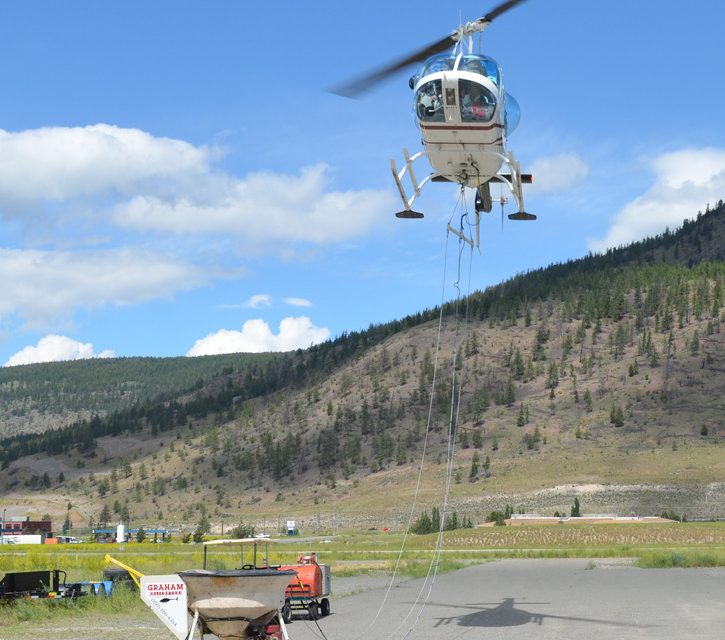 To the skies to see where the mosquitoes lie – or rather, lay their eggs.

Environmental services firm D. G. Regan and Associates were on their fourth aerial treatment of mosquitoes via helicopter in the Merritt area on Monday. The company is contracted by the City of Merritt to spray for mosquitoes.

Curtis Fediuk, a registered biologist with D. G. Regan and Associates, invited the Herald on a tour of the Nicola Valley to investigate potential sites for the city’s mosquito spraying program.

From Graham Helicopters out at the Merritt airport, the Herald got a bird’s eye view of the Nicola Valley as biologists Fediuk and Terry Bach scouted potential mosquito habitats to spray.

Fediuk said he’s received a few phone calls from the southeast side of town but, not from other areas of town.

The plan for the day was to investigate that side of town, down along the Coldwater River.

“We do treatments down there, but perhaps a little bit further down than we normally go there might have been a habitat that hasn’t been treated,” Fediuk said.

He said people have called about adult mosquitoes coming from the southeast corner of town, which got Fediuk thinking the pests could be coming from the Coldwater River drainage area.

“That’s one of the areas we’re going to have a little look at today from the air and just see if there’s anything down there that we haven’t spotted in the past,” Fediuk said.

Upon viewing the sites from the air, Fediuk said there were definitely some more sites to spray.

He said there are some habitats located further down from the former music festival site they will need to treat. Fediuk suspected those areas might be the source of some of the mosquitoes they’ve seen.

For spraying, the company uses an all-natural larvicide called VectoBac, which is made of bacteria and corn-cob granules, Fediuk said.

It’s produced in large vats like yogurt and cooked to a temperature around 47 degrees Celsius, which causes the bacteria to die, he said.

It’s this specified targeting that makes the product safe, as it doesn’t affect other animals such as humans, birds or pets, Fediuk said.

The Merritt mosquito control program focuses on finding and treating larval populations mainly along the Quilchena and Nicola Rivers, he said.

Fediuk said they also do ground applications, spraying in areas such as ditches or ponds around town. They also set light traps to capture mosquitoes to study.

They typically treat 600 hectares of mosquito habitat every year, making four to six aerial runs a year using up to 140 bags of VectoBac. Each bag weighs 45 pounds, Fediuk said.

This year, they began spraying on May 14 – about two weeks later than when they typically start. Fediuk said the late start is a result of a belated spring season. The mosquito populations, they are still typical of what’s been seen in past years, he said.

As for the importance of mosquito spraying, Fediuk said it’s more than just nuisance abatement – there are economic reasons for spraying as well.

“It’s definitely done so that people can enjoy their summers and businesses that rely on people being able to sit down and enjoy the summer, whether it be a campground or a pub patio or a picnic ground [or] golf courses,” Fediuk said.

There’s no easier target for a mosquito than a golfer taking a putt, Fediuk said with a laugh.

Mosquitoes are more than a nuisance; some carry West Nile virus, a disease that is spread from infected birds to humans through mosquito bites. Last year, several parts of the Canada and the U.S. saw significant increases in West Nile virus activity.

Jennifer Jeyes, communicable disease specialist with Interior Health, offers these tips for reducing your chances of getting infected from mosquito bites.

Use mosquito repellent on areas of exposed skin. Repellents containing DEET are safe for those over six months of age when used according to the directions on the label. DEET-free products are available, but may not provide long-lasting protection.

Wear protective clothing. If you are in an area with lots of mosquitoes, wear loose-fitting, light-coloured, full-length pants and a long-sleeved shirt. Avoid perfumes, soaps, hair care products, and lotions with floral fragrances.

Avoid outdoor activities at dusk and dawn, the times of day that the mosquito species that can carry West Nile virus are most active. 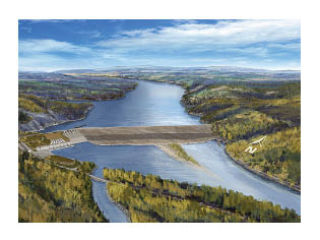