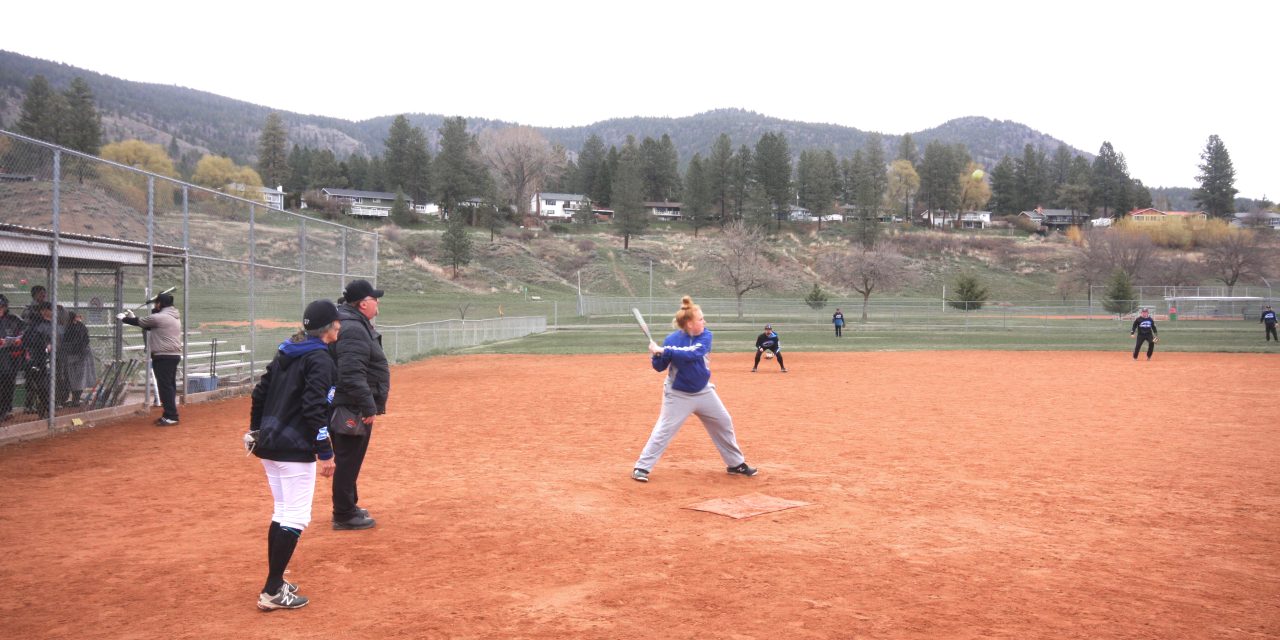 Smash Fest returned to Central Park this year after a two year hiatus, back stronger than ever with 26 teams across 3 divisions. Marius Auer/Herald

A fun time was had by all at Merritt’s own “Smash Fest,” with 26 teams from across the province coming together for an annual weekend of softball for the sake of softball.

The Herald spoke with event organizer Clay Munro, who shared that he was excited about the event’s post-pandemic return.

“It feels great to be back. Especially back in Merritt,” shared Munro, speaking from his base of operations at the Central Park gazebo on Easter Monday, finals day for the tournament.

The weather was mostly cooperative throughout the four day tournament, seeing three divisions fight for a spot on their podium. Cheers of excitement, the cracking of bats, and friendly competition could be heard throughout the park, which has hosted the tournament since its inception in 2018.

“We’d just like to see some more locals come down and watch some ball,” said Munro, on the topic of his plans and wishes for future events. Munro won’t be slowing down anytime soon, already planning his next games personally, as well as his next tournaments.

“I’ll probably have at least two in the next few months, one men’s and one ladies’, as well as another co-ed tournament in September.”

The 26 teams, originating from all over southern British Columbia, enjoy the atmosphere that Merritt has to offer.

“The teams love the Merritt vibe. There’s actually only four or five teams from Merritt. Everyone else is as far away as Vancouver, Revelstoke, Prince George, and Vernon.”

Results from this weekend’s tournament are as follows: