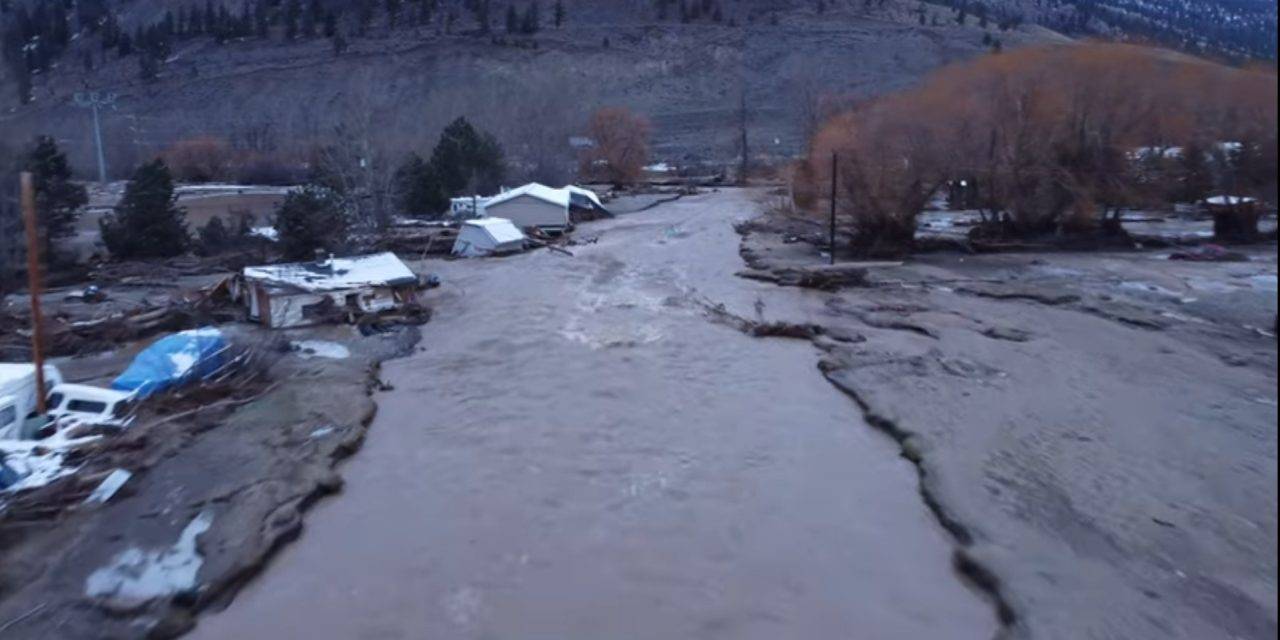 Flooding devastated much of the community in November of 2021, following an atmospheric river event. Herald File Photo

Specially trained teams, made up of experts and skilled workers from nearby communities and First Nations, have been hard at work removing significant amounts of debris varying in size and precarity from local waterways.

During the six months that have passed since November’s atmospheric river induced flooding, over 300 sites containing both natural and human-made debris have been identified by provincial ministries and other federal and provincial government agencies, as well as local First Nations and businesses.

The cleanup efforts have resulted in an increase in employment, and opportunities for learning.

“With many First Nations affected by the atmospheric river event, collaboration with local Indigenous community members has been vital to the restoration process,” said Chief Arnie Lampreau of the Shackan Indian Band, a community of just over 100 people, situated along the devastated Highway 8 corridor.

“This event made it clearer than ever that we all have a responsibility to care for and protect Mother Earth.”

Debris removal work around communities like Shackan has included the utilization of 72 vehicles, four bridges and 11 building structures. The Province says that 75% of all identified debris has been removed, and the removal of it has created over 500 employment opportunities for those in local communities and First Nations.

“I want to acknowledge the tremendous response from First Nations and local communities who have participated to help restore our rivers and who were affected by last year’s extreme flooding,” said George Heyman, Minister of Environment and Climate Change Strategy.

“The majority of debris sites identified have now been cleared through this first debris recovery phase. This collaborative effort will continue as we prepare for spring freshet and the possibility of more debris surfacing.”

Many of the local workers engaged in this collaborative effort to remove debris throughout affected regions will take part in training and equipment certification courses, such as first aid courses, as well as spill response and swift water rescue training.

Over 1,486 cubic metres of debris weighing nearly 265 tonnes have been removed in small debris removal efforts, with large debris efforts removing an additional 905 cubic metres of human-made debris and 568 cubic metres of natural debris. Efforts for environmental resiliency, such as bank reinforcements to keep future floods at bay, are underway simultaneously.

Josh Temple, executive director of the Coastal Restoration Society, says that the Province is providing significant resources and development benefit to local Indigenous people and communities.

“While the effects of the atmospheric river event have been devastating to communities throughout the region, the collaboration between First Nations, the provincial government and non-government organizations has proven highly successful at delivering an effective response,” said Temple.

“The Province has provided significant resources that have been directed toward mitigating the effects of the flooding and have supported training and skill development for Indigenous people to ensure access to a myriad of employment opportunities nested within the flood recovery effort.”