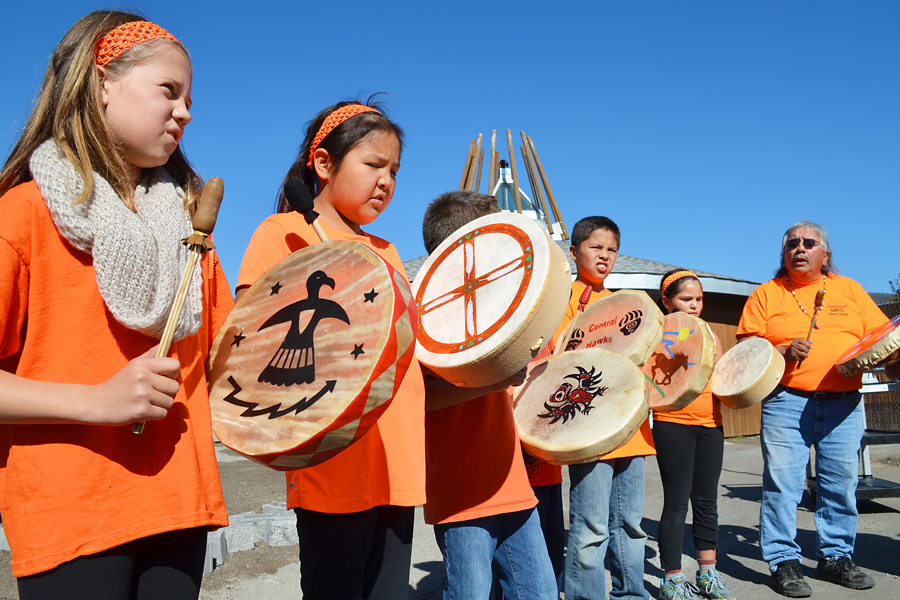 For this interview, the day school survivor chose to remain anonymous, and will therefore be referred to throughout the article as ‘John Smith’.

Smith, a Métis man, attended an indigenous day school in eastern Alberta. A day school is different from a residential school, in that students did not live at the school but instead attended classes each day and returned home at the end of the day.

Smith, who attended the day school from 1957 to 1964, shared his experiences of abuse, and those of his classmates, at the hands of principals, teachers and nuns.

“I’ll always remember my mom taking me to the first day of school,” said Smith.

“I can remember this big black robe coming at me. And if you didn’t want to go, they’d grab you by the ear and stretch your ear and pull you, they’d drag you right into the school.”

At the school, Smith was forbidden to speak his own language, and the nuns discouraged the children from forming groups or playing together.

“We couldn’t speak our own language, so I lost a lot of my Cree language,” said Smith.

“I could speak Cree fluently back then, I still know quite a bit, but there’s lots I’ve forgotten. They didn’t want us talking our language together because they couldn’t understand it, and yet they would talk French.”

Children were not permitted to bring a lunch from home, instead they were served lunch cafeteria style.

“We couldn’t take our homemade sandwiches to school; we couldn’t eat what we wanted to eat,” said Smith.

“They’d feed us in school sometimes at lunch and it was this runny tomato soup, it was just like water. It was terrible.”

Smith and others at the school were also physically abused by the staff.

“I can remember in school, just for doing minor things, I had to kneel on the floor in the corner and they’d pile books on my arms until I puked,” said Smith.

“Or else they would lock me in the closet in the classroom. It went on and on.”

Smith would often be hit across the wrist with a flat board as punishment, as many as two to three times per week.

“I’d go home bruised and I’d show my dad and he used to get mad, but there was nothing he could do.”

Similar to residential schools, parents of students were not given the choice to withdraw their children from school, or to send them to another school in the district with non-indigenous children. The only other option for children of indigenous or Métis descent was Blue Quills, a residential school roughly 120kms away in Saint Paul, Alberta. Smith said students were often threatened with being sent to Blue Quills, where they would no longer be able to see their families or return home each day. Several of Smith’s Dene relatives were or had been students at Blue Quills.

The sexual abuse endured by children at residential schools has been exposed in recent years, and Smith alleges that it was no different at day school. Of the many students Smith knew at the school, he doesn’t recall anyone staying beyond the seventh grade, leaving because of the sexual, physical, verbal and emotional abuse they suffered.

“They just had enough, they got beat up, had their ears pulled, all that stuff, it was brutal,” said Smith.

“Some were sexually assaulted by the principal, they did a lot of this, and so did the nuns. The nuns were the worst. The principal and his buddy, they tried to pull my pants off, this was in the gym. And he used to get three or four of us guys, this was his ploy, ‘come on out guys and I’ll show you how to drive my car’, so he’s driving down the road and all of a sudden, he’d be touching you. He’d just keep on doing it, no conscience at all. He preyed on a lot of kids. My friend Marcel, he was sexually abused, and he couldn’t handle it after a while, and he committed suicide.”

Like most, Smith reached grade seven and finally had enough.

“I can always remember the day that I walked out, I won’t ever forget that because I was sitting facing the blackboard and a nun came up behind me and slapped me, and still to this day I can’t hear properly out of this ear,” Smith explained.

“I grabbed my math book and split in half and pushed it in her face and left. I was maybe 12 or 13.”

Perhaps the real shame in forcing students like Smith out of school by continued abuse and humiliation, was the fact that he enjoyed learning, and had a bright and inquisitive mind.

“I really liked to get answers, but the only answer I got was the back of a hand or gum put in my hair or something,” said Smith.

“You wanted to go to school, but you didn’t want to take the abuse anymore. It never ended.”

Smith, who dreamed of being a professional hockey player, left his hometown just a few years after he walked out of the day school and was unable to continue in the sport, feeling worn down by the traumatic experiences he had endured.

“My head got so heavy, I left my town,” said Smith, who did not return for nearly 20 years.

As a young adult, Smith struggled to deal with the burden of his years of abuse. While he did not turn to alcohol as he witnessed some of his peers and family members do, noting he drank but not excessively, he would often engage in fights or walk off jobs if someone began to yell, belittle or insult him.

It was only when he was invited to sit with local indigenous elders in Merritt that Smith began the healing process, finally feeling that it was safe to open up and speak about his years at day school.

“My sister went on to have a family and then she eventually drank herself to death, and it all stems from because she never ever talked about what happened to her,” said Smith.

“And it took me 55 years maybe, before I went to some sessions here with the native elders. Even then it took a while to build up my confidence because I held back for so many years. It was the gentleness of the native elders, the council here in Merritt, that’s what freed me, they freed me because when I went into the room it was so calm. Nobody is there to laugh at you, nobody is there to call you a liar, they wanted you to speak out because you were hurting, and that’s how I started.”

Smith continues to attend meetings with the native elders, to share his story and to communicate with other survivors he now calls his “brothers and sisters”,

“The best piece of my life was right there, I felt at home, I felt like I was with my elderly grandmother and my mom,” said Smith.

“Especially when I saw the photo of Big Bear, because that was my great grandmother’s chief. That gave me calm. I looked at his picture and he kind of gave me the courage. I could hear him saying, ‘Yes. Tell them, John. You can talk about it. Tell them the story’.”

Smith continues to tell the story, and explains the intergenerational trauma that occurred because of the forced attendance of not only himself, but his grandfather, father and siblings.

“My whole family went through that,” said Smith.

“And not only my whole family, but a lot of the Metis people that went to this school this also happened to, no doubt about it.”

A father himself, Smith was always hypervigilant about his children’s wellbeing and safety. His parenting philosophy was one of being kind, gentle and respectful, never cruel and never mimicking the punishment he regularly received at the hands of the day schoolteachers.

“My punishment was, I’ll take your Nintendo game away,” he laughed.

An avid hunter who learned to hunt and gather medicine from his father, he passed on his own traditional knowledge and hopes to one day have grandchildren who will learn the Cree language and take up more traditional, cultural skills.

Smith says that to this day, no one from the day school he attended has been charged or brought to justice for their actions, something he hopes will change as the day school class action moves ahead.

“These people must be charged, I think everybody wants to see them in court,” said Smith.

In the meantime, Smith understands that there are many more survivors out there, and even if they are not able to speak publicly about their experience, he encourages them to seek healing. To gather with elders and other survivors and speak their truth.

“I would say to all the people that have been in there, try to get it off your shoulders,” said Smith.

“If you don’t talk about it, it makes you wild. I know it’s hard, but get some groups, feel at home when you’re talking. I know it’s embarrassing some of the things we try to say, because it happened to us, but don’t let it be embarrassing anymore. Let’s get it out, talk to the elders, because they went through it, too, and we can all heal together.” 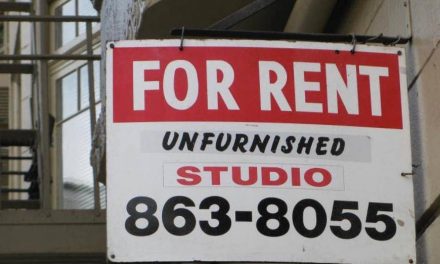 Renters, landlords to be quizzed on B.C. problems 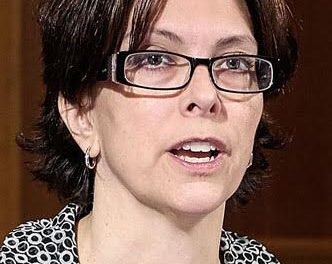 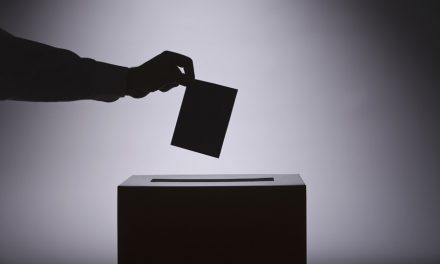