The Merritt Mavericks on team continuity 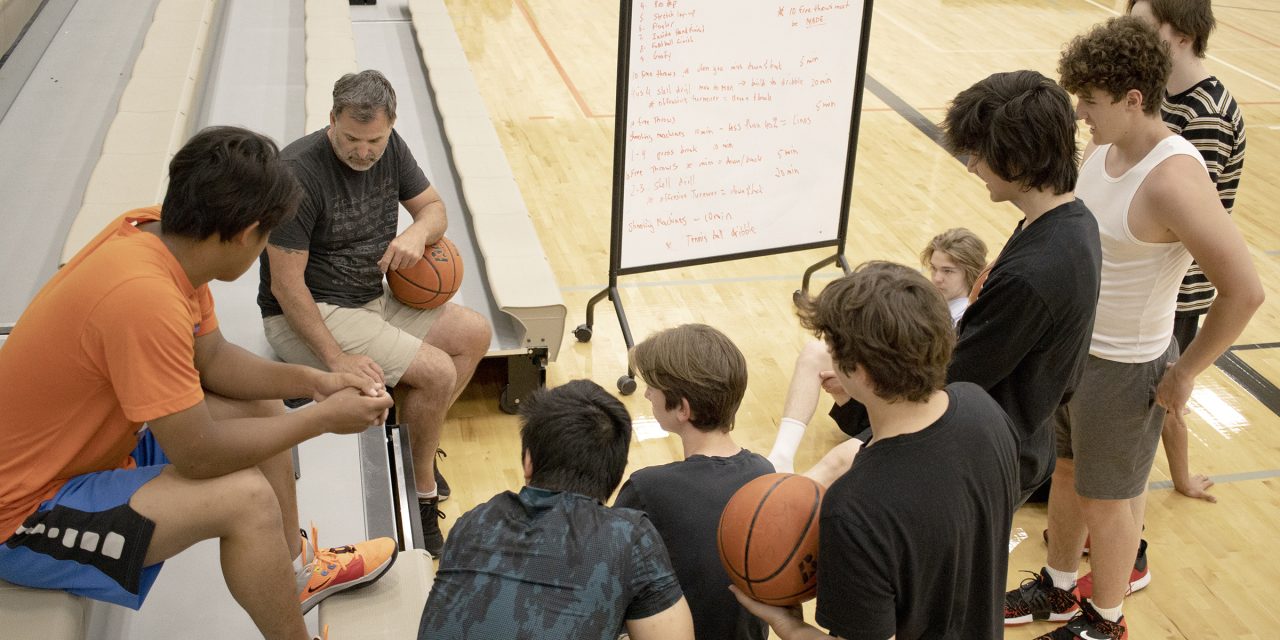 The U17 Mavericks watching skill development film at their practice. Izaiah Reyes/Herald

On Wednesday, July 13, the Herald had the chance to watch the Merritt Mavericks’ U17 basketball team practice at the NVIT gymnasium. Upon seeing the boys on the team, one could easily mistake them for the Merritt Secondary School (MSS) Panthers ball club. This however is not a mistake, as, in fact, they are the same young men suiting up for the local high school team.

Most teams in the club circuit, across Canada and the U.S., feature select players from different high schools. Mavericks Head Coach, Leroy Slanzi even described them as “all star teams.” However, the Mavericks do it differently by incorporating the same high school unit to represent the club team.
This approach gives them the distinct advantage of having continuity all year round, increasing their level of chemistry on court.

“There were close to 50 boys from MSS in both our club program and high school program,” said Slanzi, who is also the MSS principal.

“We made sure that, at all levels, we played the same defensive and offensive systems so that whenever the boys came together to play or watched each other play, they could observe and learn from each other. Our U17 boys are excellent role models and invest heavily in connecting with the younger guys so they feel like they are truly part of a ‘club’.”

The Merritt Mavericks was established four years ago out of necessity. Slanzi explained that in order to become competitive against “bigger schools” the local team had to gain more playing experience outside of the school season.

“I started working with these boys while they were in grades seven and eight. Since committing to the extra work back then, they have not skipped a beat.”

The U17 ball club is getting ready to compete at a tournament on at Simon Fraser University (SFU), running from July 22 – 24. 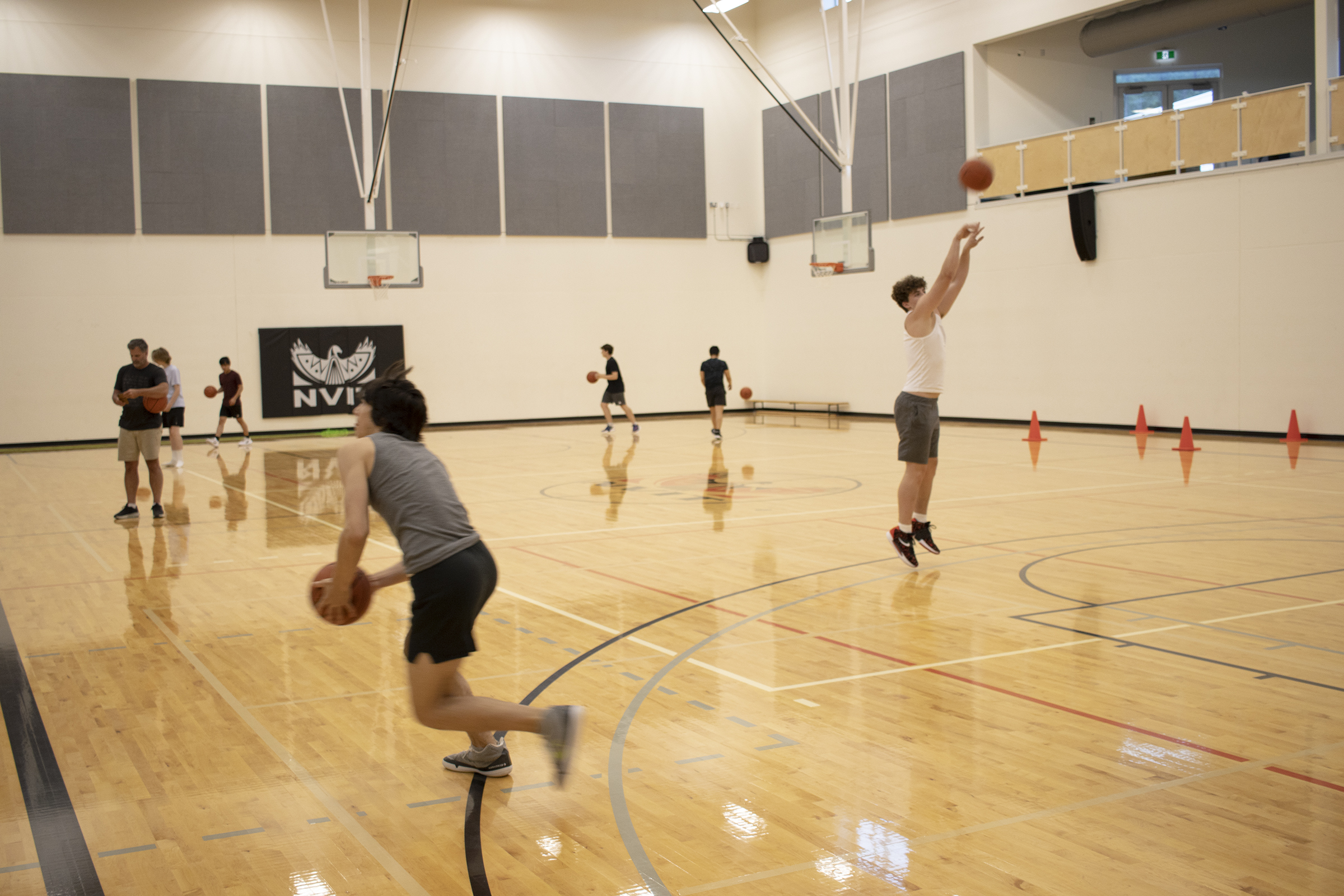 “Our team’s chemistry has been pretty good since we’ve been playing basketball together for so many years,” said Cruz Slanzi, Mavericks starting point Guard. “Continuity is a big thing for me and I really love playing with these guys.”

The point guard is excited for the upcoming tournament and believes his team can make a solid run.

“We’re playing some of the best defense I’ve ever seen us play and we’re getting where we need to be,” he said. “We’re physical, we’re not afraid of anybody, we go in there and think no matter what the outcome is, we’re going in there to play as hard as we can.”

“I definitely think we have an advantage,” said Nathan Willey, the other half of the Mavericks starting back court. “We never play this level of club teams in high school so, really, we’re at an advantage because we play against these high level teams, as a team.”

Like his teammate, Willey looks to make a strong run at their upcoming tournament.

“I’m super excited,” he said. “We didn’t have a great tournament two weeks ago so I’m excited to bounce back and get some W’s here.”

The team has a very busy schedule ahead of them because after this tournament, they will play in the club provincials, from August 13 – 14. This marks the end of club season and after a few weeks, open gym starts in preparation for the high school season, where the Mavericks will turn into the Panthers, once again.