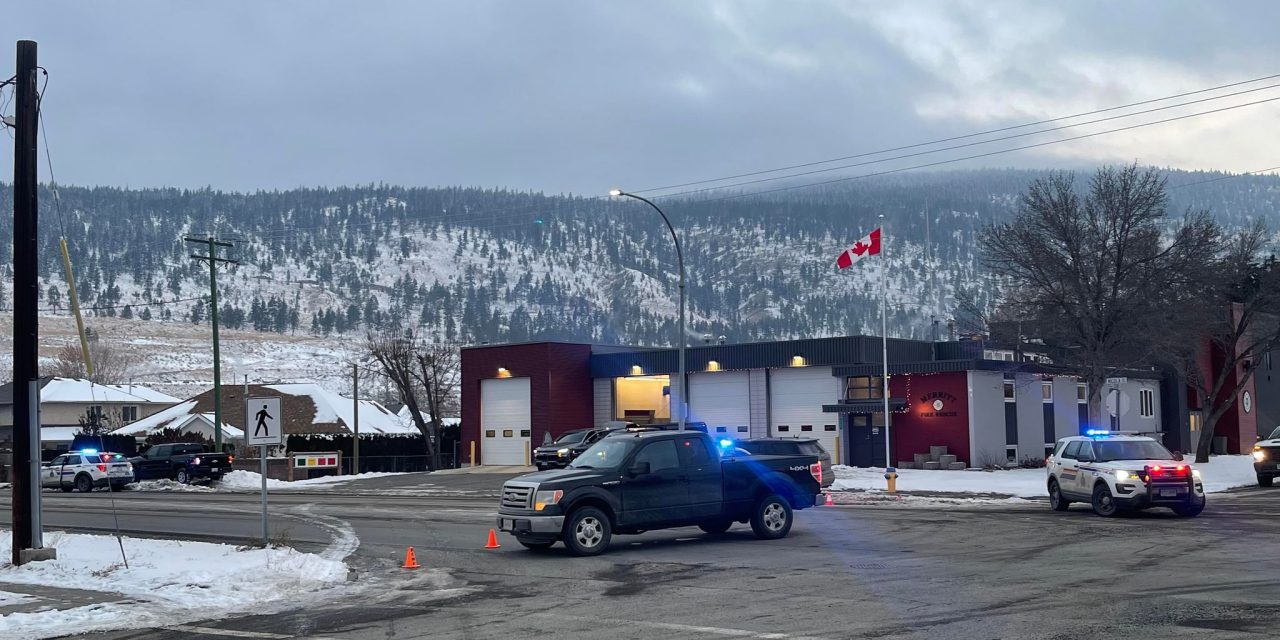 Three individuals have been charged after a hostage situation in the 1700 block of Nicola Avenue on Friday, November 18. Marius Auer/Herald

The Merritt RCMP have arrested and charged three suspects involved in a kidnapping, in another development during a week filled with police action.

On November 18, 2022, shortly after 1:00 PM, Merritt RCMP frontline officers were alerted to the sounds of a gun shot in the 1300 block of Priest Avenue. When officers arrived in the area, a dark coloured sedan was seen speeding away. The sedan was located parked near a residence in the 1700 block of Nicola Avenue in Merritt, which was promptly shut down by the RCMP and City of Merritt.

The South East District Emergency Response Team (SED ERT) were dispatched to assist in arresting the suspects. Officers were on scene for hours, including the use of an RCMP aircraft. The suspects attempted to flee from police, but were ultimately tracked down and arrested. The victim of the kidnapping was located, uninjured, by police.

“There has been a brazen disregard for public safety recently in our community, and having these individuals off our streets will hopefully restore a sense of security back to the community,” said Sgt. Josh Roda of the Merritt RCMP.

“We want to thank the public for their patience as we worked diligently to mitigate any further risk.”

The Merritt RCMP continue to investigate two shootings in the Nicola Valley, one having taken place on Tuesday throughout the valley, and another on Friday morning on Priest Avenue. No deaths or injuries have been reported as a result of the shootings.

Braeden Shane Drake, Mark Ethan Giesbrecht, and William Joseph Lavoie have been charged by indictment for hostage taking with a firearm, and entering a dwelling house without lawful excuse to commit an indictable offence, in connection with Friday’s hostage situation. All are currently being held in custody, and it is unclear whether the suspects are related to the shootings earlier in the week.

Those with information in regards to any of the shootings that have taken place since November 15, 2022, and have not yet spoken to police, are asked to call the Merritt RCMP at 250-378-4262.