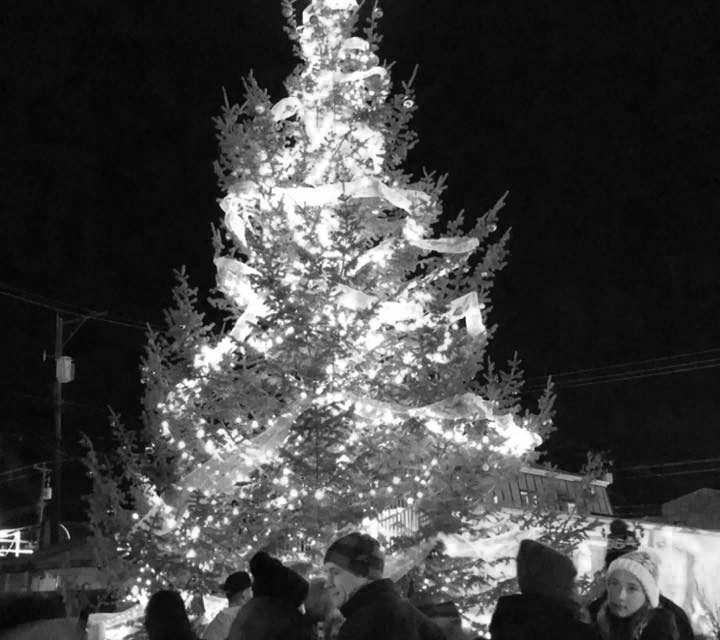 Update: The Merritt Country Christmas Committee decided to continue on with the tree lighting ceremony on Tuesday, November 22, at 5:30 p.m. in Spirit Square.

Merritt Country Christmas Week’s Community Tree Light-up event has been canceled as a precaution to the increase in police activity this past week. The tree lighting ceremony is the kick-off event to mark the beginning of the week long Country Christmas celebration.

After discussing amongst themselves the Merritt Country Christmas Committee came to a decision to skip the traditional tree lighting ceremony at Spirit Square this year. This was in response to the rise of police activity due to a kidnapping and multiple shootings, beginning Tuesday, November 15.

“The Monday tree light up is canceled in the interest of public safety,” said Committee President Carrie Ware.

“The toques, mittens, gloves, and scarves could still be donated and dropped off at the other Country Christmas Events such as the dance recital on Wednesday, the community concert on Thursday, and the Craft Fair in the Civic Centre on Friday and Saturday.”

The annual week long celebration is coming back this year after a two year hiatus. Ware noted that she is optimistic about the rest of the festivities continuing.

“We have to look at this on a day-to-day basis,” she said. “We didn’t know when this was going to end, so we figured it wouldn’t be worth it to ask people to come out for the tree lighting.”

Earlier today, the Merritt RCMP had blocked off the 2100 block of Quilchena Avenue in an attempt to draw someone out from one of the residence. The Tree lighting event would have been roughly a block and a half away from the sectioned off perimeter.

“Other than the COVID-19 pandemic or last year’s flood, we have never dealt with a public safety cancelation before,” said Ware.

The Tree Lighting event was originally planned for Monday, November 21, at 6:00 p.m. in Spirit Square. The event would have featured the pinning of donated winter accessories on the community tree. It was also going to include free Hot Chocolate from the Crimestoppers and a sing-along led by Marilyn Christensen.