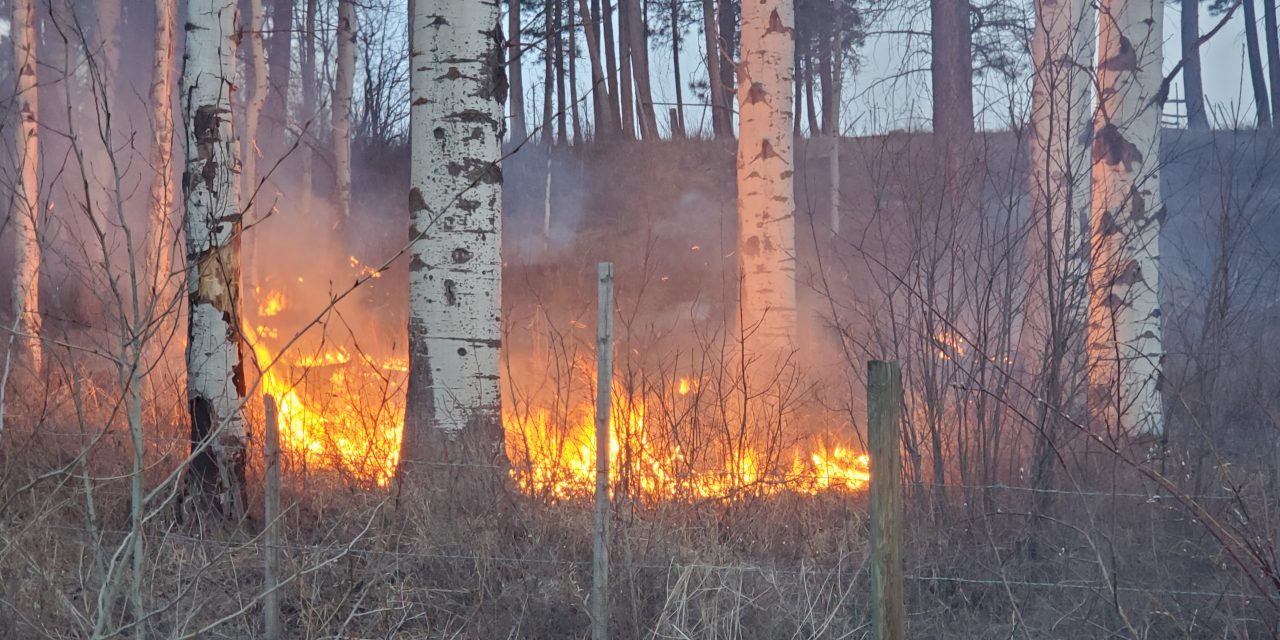 The 2021 BC Wildfire season saw thousands of new ignitions, kept BC Wildfire and local fire departments busy, and residents on their toes. Photo/Herald File Photo

A University of British Columbia (UBC) professor says that the City of Merritt and its residents must act now and act fast to implement wildfire mitigation and resiliency efforts, as the climate and central location of the community makes it an easy target for new ignitions and the easy spreading of wildfire.

Dr. Lori Daniels, a professor with UBC’s Department of Forest and Conservation Sciences, recently sat down with the Herald after speaking at the school’s ‘Fire and Floods’ webinar, which tackled issues surrounding the devastating effects of wildfire and flooding on local environments, and possible preventive measures to mitigate risk.

“Merritt is a challenging environment, it’s so hot and dry in the summertime, and surrounded by grasslands and forests. I think Merritt is at a high risk of fire burning into and nearby the community,” said Daniels.

Daniels says she considers Merritt and the Nicola Valley ‘high risk’ due to its central location and easy access via multiple major highways, as well as a dry and especially windy climate most of the year. Merrittonians and other Valley residents saw the severity of this risk while on evacuation alerts and orders for much of the 2021 wildfire season, which has been widely declared one of the most severe in BC history.

Despite the high risk, Daniels says it is not too late for Merrittonians to act individually and as a collective, adding that responsibility for fire preparedness and resiliency lies with no one person or group in particular. She is a proponent of the Firesmart program, which the City of Merritt and its Fire and Rescue Department are no stranger to.

“Making sure people understand they do live in a fire prone environment, and getting those Firesmart principles underway. Even the Merritt City Council could influence some of that through things like local bylaws, and thinking about what sorts of building and landscaping materials are permissible when homes are being built.

We need to make sure Merritt has their wildfire resilience plan and that they’re acting on the recommendations within the plan.”
The City of Merritt and the MFRD recently hosted an informational session at Central Park on Firesmart principles, which saw over 100 Merrittonians attend to learn their best practices when it comes to fire-proofing their homes. Daniels added that protecting these homes is obviously one of the main benefits of Firesmart in communities.

“Our homes are our biggest investment. It’s where we put all our money with our long term mortgages, it’s where our personal belongings are stored, it’s where we raise our children, so I would have thought it’s a no-brainer to want to know how to protect our homes,” said Daniels with a laugh.

The impact of a possible wildfire in Merritt and the surrounding area are undeniable, with logging and other affiliated sectors being some of the main driving forces behind the local economy. Daniels said that the consequences of a fire are almost inevitable if action is not taken by not only Merrittonians and local governments, but the private sector as well.

“It’s going to mean collaborating with the (logging) companies in town, asking for fuel breaks up on the landscape. Right in the vicinity of town I suspect First Nations collaborators would be interested in talking about cultural fire.”

The cultural fire that Daniels mentioned is a growing movement across BC and the country as a whole, with Indigenous-led environmental projects becoming more common in communities. Prescribed burns carried out in traditional ways, often called eco-cultural burning, promote both wildfire preparedness and resiliency, as well as promoting reconciliation efforts.

While no official agreements have been reached with First Nations communities in the area to support eco-cultural burning on a larger scale for fire prevention, these prescribed burns led by First Nations are commonplace in the Valley.

“Many of the Indigenous communities around BC have expressed an interest in reintroducing cultural fire back onto their landscape. Some have been even more pointed to say the types of forest management that European settlers have induced on this land have degraded the quality of the land and the resources on which communities depend,” added Daniels.

While the thought of a wildfire devastating the community just months after the November 2021 floods is unbearable or even triggering to some, boosting emergency preparedness by implementing Firesmart principles and collaborating with local stakeholders and First Nations communities is within reach.

“It always strikes me how beautiful Merritt is, but how fire prone as well. One cigarette butt out the window as a car passes through on a hot, dry, and windy day, and you have a scenario that Lytton faced.”