Upper Nicola Band assists in the update of foreshore program 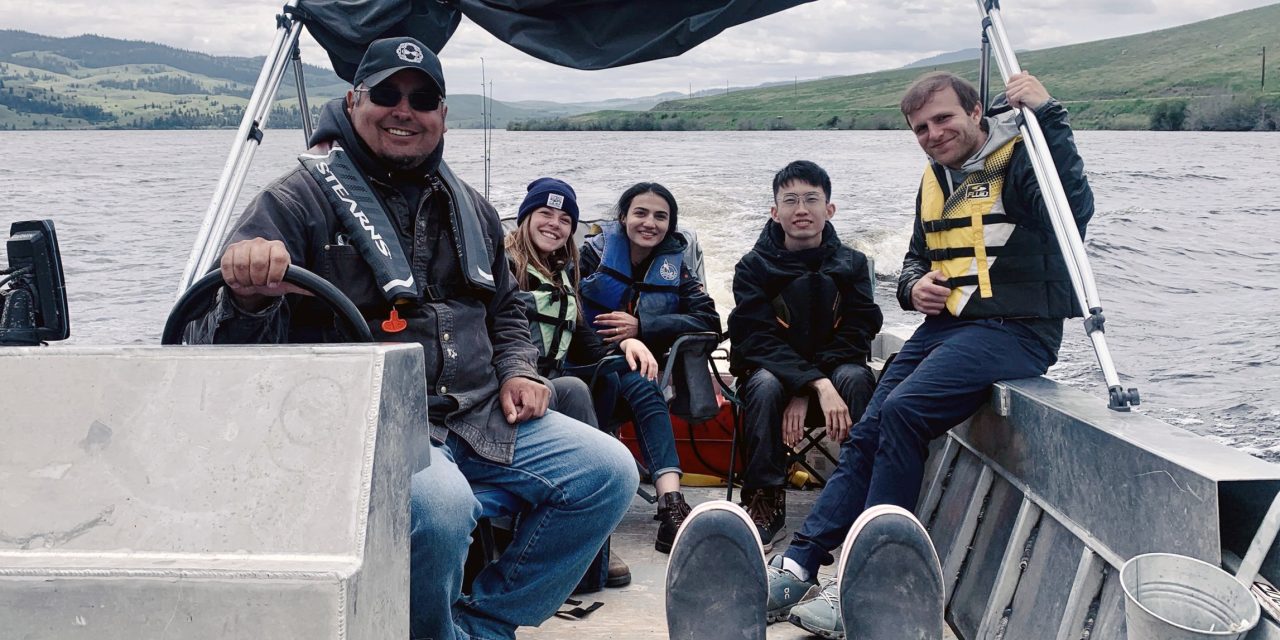 A Canadian non-profit organization is working in collaboration with local stakeholders to integrate Indigenous knowledge and values into federal lake foreshore health assessments, and Nicola Lake near Merritt was the site of their recent pilot project.

“Developing the Indigenous framework into the FIMP incorporates a missing perspective that will help address lake health that is being impacted by climate change and human activities,” said Brian Holmes, councillor with UNB.

“This work with Living Lakes Canada is supporting reconciliation and is inclusive of two worldviews necessary to stop the loss of sensitive shoreline habitat.”

Living Lakes Canada’s FIMP Indigenous Knowledge and Values Framework pilot project was launched in 2021 with the goal of determining how Indigenous ecological knowledge and cultural values can be better incorporated into lake survey protocols. Upper Nicola Band has been a partner in the project from the start, with funding primarily coming from the Real Estate Foundation of BC.

The goal of the surveys is to gather data, which can inform subsequent lake management methods, on the cumulative impacts on a lake through a number of re-surveys. The two day mock survey and field work done by the FIMP team at Nicola Lake was done by boat and on foot. UBC students, supporting the collaboration through the university, were present to observe and inform on sustainability practices.

“Living Lakes Canada acknowledges the limitations of the current FIMP protocol due to its basis in Western science. We look to our Indigenous partners, whose values and knowledge of water and the interconnection between land and species have formed over generations of living symbiotically. In return, we offer a more inclusive holistic survey that best serves the health of lakes,” said Applied Reconciliation Program Coordinator Emily Mask.

The non-profit organization said working with this team on the new Indigenous framework helped inform better practices and create conversation about environmental issues. Living Lakes Canada said their work with Holmes and UNB had been invaluable during this project, with him bringing years of knowledge and experience on the topic to the table.
During the two day pilot project at Nicola Lake, participants also traveled to Douglas Lake to support an invasive species removal initiative, also spearheaded by Holmes.

“Brian has taken on this project in addition to his numerous other commitments as councillor with the Upper Nicola band, and as head of an invasive aquatic species removal project,” said FIMP Program Director Georgia Peck.

“He brings his years of experience and unyielding energy and generosity to this initiative. This partnership is about more than the project itself, it is about building trust and community.”