The conceptual designs of the proposed 200 acre solar farm. (Photo courtesy of the Upper Nicola Band).

In an upcoming referendum, members of the Upper Nicola Band will decide on whether or not to move forward with a $30-million solar power project proposed for 200 acres of reserve land.

If the project is completed, the solar power plant would be the largest installation in Western Canada, said Peter Hilton, a senior executive with the Upper Nicola Band.

Before construction can begin, members of the band would have to approve a land designation which would allow the Upper Nicola Development Corporation to enter into a 99-year lease of 400 acres of land on the band’s Quilchena reserve, explained Teri Clayton, the land manager for the Upper Nicola Band.

Half of the land would be used to develop a 56,000 panel solar array in partnership with FortisBC, while the other 200 acres would be reserved for future developments. The referendum is set for April 16 and would need a simple majority of voters to approve the designation.

In 2017, the band made a proposal under BC Hydro’s standing offer program to build and operate a 15-megawatt power plant and sell the electricity back to the utility company, said Upper Nicola Band Chief Harvey McLeod.

The current view of the land which may eventually house a 56,000-panel solar farm development. (Bill Stowell/Herald).

“We looked at solar, we looked at wind, we looked at geothermal. This one here was the best opportunity for the community,” said McLeod of the decision to move forward with a solar farm.

The band ultimately decided to partner with FortisBC for the project because of the company’s willingness to build on reserve land, said Hilton. Among the economic benefits of building on the reserve land would be the ability to hire locally within the band’s membership for construction and maintenance jobs, he added. The band would also collect taxes and lease payments throughout the life of the solar array.

But the main motivator of building the array on the reserve was pride.

“We’re going to have to the largest solar farm in British Columbia, maybe in Western Canada,” said Hilton. “For us to say that this belongs to us and it’s on our reserve — that to me is probably the biggest reason.”

“We are going to be leading and showing the rest of the province and Canada that we are in harmony with our land and we are demonstrating that. We are all concerned about clean energy, green energy,” said McLeod. “We’re not going to be talking about it, we’re going to be doing it.”

A device called a pyranometer has been installed on the land since last fall. The device collects data on the level of solar irradiance on a given site, which helps inform power generation projections for FortisBC.

“We’re going to collect about a year of data to verify our solar estimates for the site. So far we’ve downloaded the few months that we have, and they have confirmed the data that we predicted for the site at this point in time,” said Grant Bierlmeier, a business development director with FortisBC.

The Upper Nicola Band plans to hold at least two more information sessions for members ahead of the referendum on April 16. On April 4, the band will host a session at the Upper Nicola Community Health Services building from 5 to 8 p.m. Then on April 9, there will be another information meeting at the Merritt Civic Centre from 6 to 8 p.m. 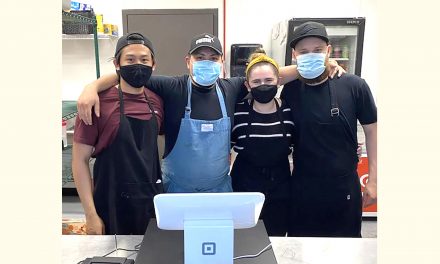 Merritt’s newest eatery combines experience with a passion for food