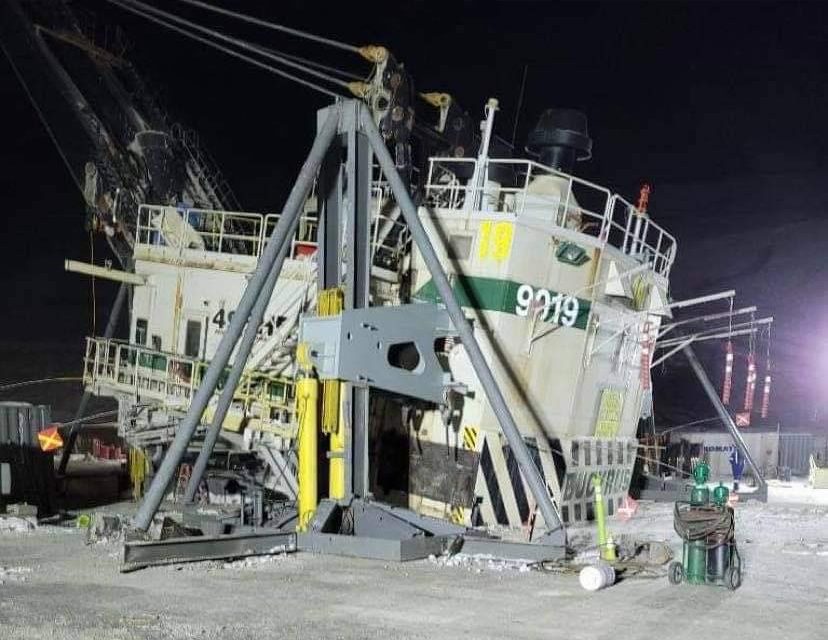 Union workers, under the banner of United Steelworkers Local 7619, at Highland Valley Copper mine are on a safety stand down after a piece of machinery collapsed. Photo/Mining Mayhem

Union workers at Highland Valley Copper (HVC) Mine are standing down from work after a piece of equipment became dislodged from its stands.

The mine’s Bucyrus 495, a mining shovel used to load large haul trucks with ore, fell off its jack stands during maintenance on November 14. It is believed that no one was hurt or killed during the incident.

The Herald received an anonymous tip regarding the work stoppage, which began on Wednesday, November 16, following the incident with the loader. Sources say that the stanchions supporting the shovel housing collapsed during maintenance.

“The health and safety of workers is our first priority, and all safety concerns are thoroughly reviewed and addressed,” said Teck Resources, HVC’s parent company, in a statement to the Herald.

“In addition, the team at Highland Valley Copper is working with employees to ensure strong safety performance. HVC’s leadership team is working to engage with the union to work towards a safe resumption of regular operations.”

The Herald has put out a request for comment from United Steelworkers 7619. The extent of the job action is not known.