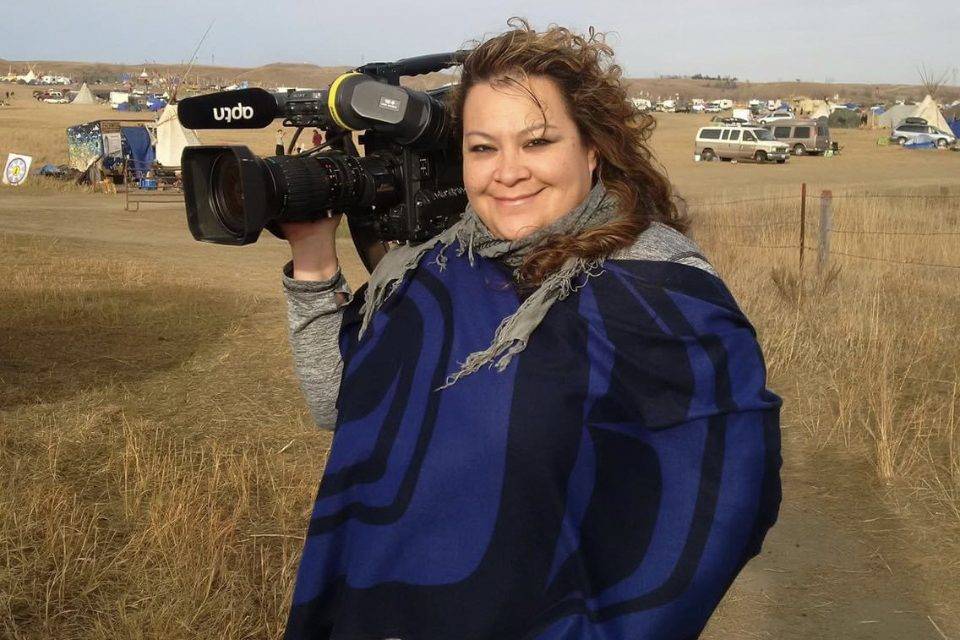 It takes an incredible amount of fortitude to get work done when a person is emotionally compromised. The ability to compartmentalize emotions and feelings in order to finish a job is, universally, an asset. Not many people can say that they were able to do their job at the highest level while dealing with something as personal as death which makes Tina House’s career very admirable.

Through covering issues such as residential schools and Murdered and Missing Indigenous Women and Girls (MMIWG), the award-winning journalist had faced countless horrors that could make others quit on the job. However through her persistence, she has not only covered these sensitive issues but has also been awarded and recognized because of it. Now, she looks to leverage the growth in her audience to reach more people and make them aware of the Indigenous plight.

Tina House is a video journalist for APTN National News. She credits her strong lineage of great leaders as inspiration for becoming the highly decorated reporter she is today. Her grandmother, Anne House, was a co-founder of the BC Association of Non-Status Indians, the first Metis political movement in the province. Her father, the late Fred House, became president of the same group back in the 1970’s.

“I used to watch my dad on TV and now i’m on there as well so it played a large role into what I do now,” said House. 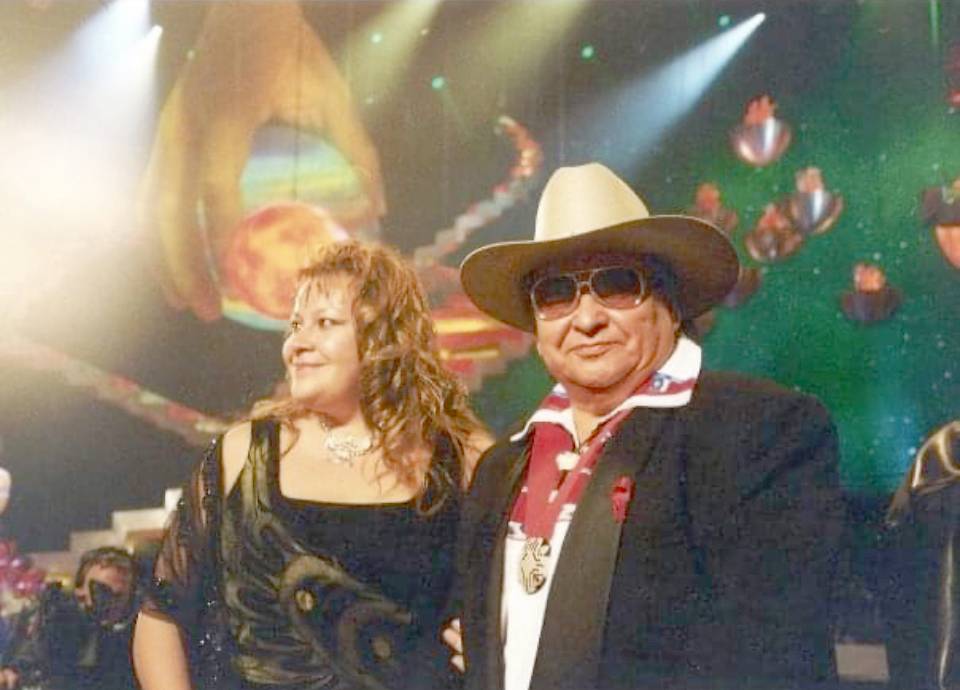 House also credits her successful career to her mother, Melba Sterling, who was also an active community leader.

“I really pay tribute to my mom because she’s been my rock and she’s been by my side throughout everything.” 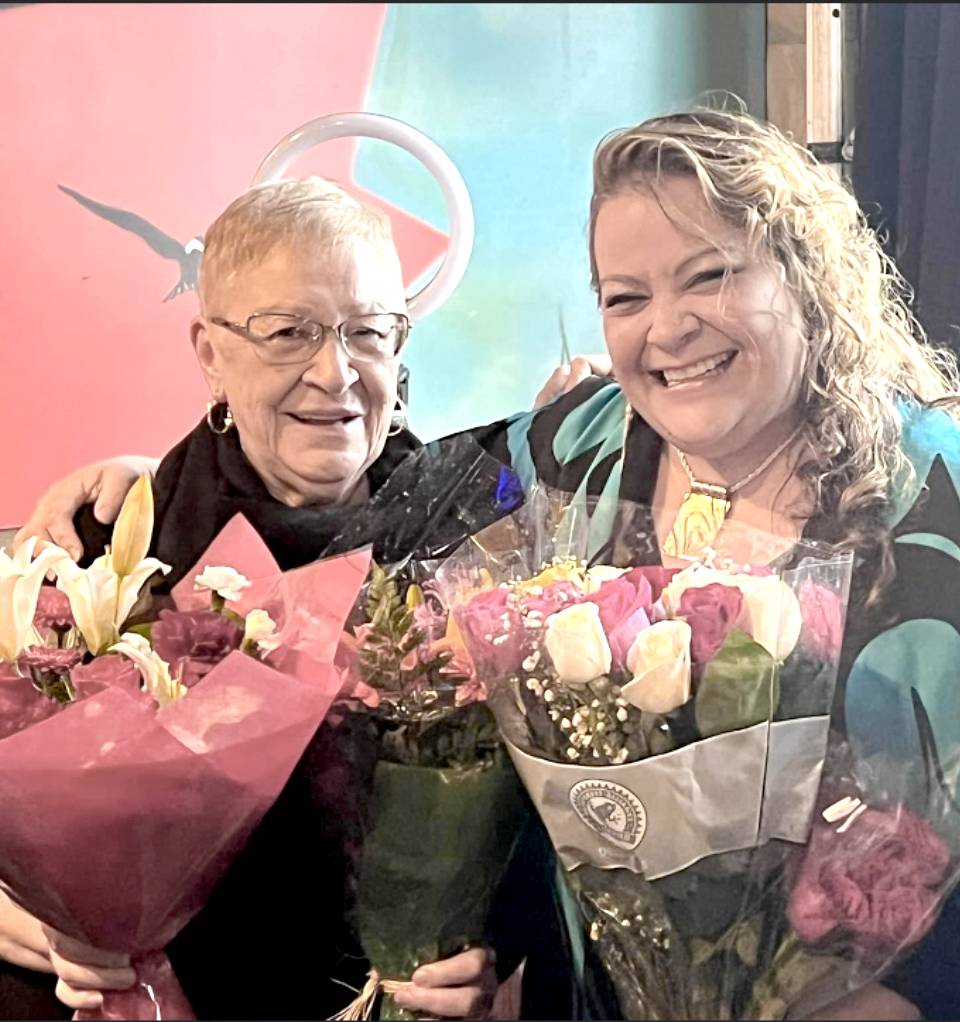 2007 was when started at APTN. The first high profile stories she did was a coverage on the Robert Pickton trials. Pickton is considered one of the most notorious serial killers in Canada’s history.

“That’s when I first really got involved and meeting family members and going to the court everyday, and telling really heartfelt stories of the family members.” House recalled.

House described that early period in her career as an “incredibly charged time.”

“There was so much still that we didn’t know and so much that came out with the trial yet there are so many other cases that didn’t go to trial so there was a lot to talk about there.”

In 2010, House had the opportunity to do a segment on a new show at the network, APTN Investigates, where she put out a 30 min episode on the topic of Murdered and Missing Indigenous Women and Girls (MMIWG). During this period there were over 540 girls considered officially missing.

“It was an incredible time and I wanted to showcase how many 540 looked like,” said House.

“At the time my own cousin was missing. My pitch was the inside story of a family that was desperately looking for a loved one. I can get interviews and insight to the subject matter because it was my own family.”

House initially had only a 10-minute segment but this quickly changed.

“I don’t reveal right away that she’s my cousin, I save that until the very end,” said House.

“It is a very fine line to walk, being a family member and also as a journalist but I wanted to pay her tribute. The producer was blown away by what I put together and he basically gave me the whole half-hour episode.”

Because of her work, House was awarded the 2010 Amnesty International Human Rights Journalism Award for Canada. On top of this, House also organized a rally at Crab Park in Vancouver where she and others lit up 540 tea lights.

“Just to see the candles lit up, representing a person that was either murdered or missing was such an incredible moment for me.”

“It’s something that we’ve taken great care of and a lot of time has been spent on trying to tell these stories because it’s connected to so much,” House explained.

“What it really comes down to is the attempted genocide of Indigenous People through residential schools. We find that in a lot of these cases that these MMIWG’s are directly tied to residential schools and the trauma that our people suffered.”

Last year, House reported on the 215 bodies uncovered at a former residential school in Kamloops.

“We were the only ones to get exclusive access inside of the former residential school,” House explained.

“We then did interviews with survivors within the school and we were the only network to get that opportunity.”

Through her reporting, House was able to gain a bigger and more global audience.

“I think, when the 215 were first discovered, it sent shock waves around the world,” said House, who appeared in England numerous times at different news outlets, including BBC news. She also became a guest correspondent at CTV news with Lisa LaFlamme.

“Because of those stories that I was able to tell, it brought a bigger audience to my platform. It really widened our scope to educate the regular Canadian about what is actually happening. That was my goal from the very beginning, to make it loud and clear what atrocities was happening to my people.”

After Kamloops, House headed to Coweness, Saskatchewan to report on the 751 unmarked graves uncovered.

“We arrived the night they were setting up solar lights,” House recalled. “To be in that field and to see those 751 panels light up, it was an incredibly sad and powerful time.”

House was disturbed at the idea of discovering the graves underneath an ice rink used by kids.

“It’s horrific thinking kids run and play right on top of these graves without even knowing that there were bodies buried there.”

Due to the horrific nature of the issues she covers, House admits that reporting these stories has taken a toll on her.

“I feel like I pay a piece of my soul whenever I do these types of stories,” she explained.

“Personally, I feel sick about some of the things we’re learning about what happens to these young kids at residential schools. To also tell stories about the murdered and missing takes a lot out of me and I’m certainly drained by the end of the day but I know that I’m doing it for a bigger purpose and I just try to hold my head high, stay strong and focus on what I need to get done.”

This year, House flew to Rome with the Indigenous delegation discussing with the pope the impacts of residential schools on Indigenous people. There she became a correspondent, doing daily reports.

“To be considered the best in the country is such a proud honour for me,” “I’m really thankful and humbled while I acknowledge this with a lot of love for all the supporters I’ve had over the years.”

Through her accomplishments and accolades, House hopes to bring more attention to the issues she reports on to further the discussion on how to deal with it. She believes that there is a lot more that needs to be done as many Canadians are still unaware of the issues Indigenous people face.