Water polo: the next great sport to come to the Nicola Valley

The Merritt Otters Swim Club is expanding its horizons this summer with the addition of a water polo program for the very first time in the organization’s history.

“Our objective is to have at least one competitive water polo team this year,” said Josée Warren, president of the Merritt Otters. “If we can get two, that would be a bonus.”

Water polo is one of four disciplines that come under the umbrella of the British Columbia Summer Swim Association. The others are speed swimming, diving and synchronized swimming.

The opportunity to offer water polo this summer has largely come about because an experienced coach currently resides in Merritt. Twenty-four-year-old Merritt Herald editor Cole Wagner was the captain of two national age-group championship teams while competing for the Fraser Valley Water Polo Club, based out of Langley. He then went on to play the sport for four years at Carleton University in Ottawa. Wagner was the captain of the Ravens’ men’s team in 2013 and 2014. The Ravens won Ontario university titles in 2012 and 2014.

The water polo program will begin in May with a no-charge ‘Try-It’ session for the first week. It will be an opportunity for anyone interested to check out the sport.

Warren said that this first year, the club is focusing on developing the water polo program with youth from the age of 10 and up.

“We won’t want to turn anyone away, but if they’re younger than 10, we’ll probably want to do some sort of evaluation first,” she said. “We’re expecting quite a few of our competitive swimmers from the Otters club to sign up, but we’re certainly offering the opportunity to other individuals as well who might be interested in playing just water polo.”

Both Warren and Wagner emphasized the tremendous cross-training benefits of water polo to speed swimming and many other sports.

Wagner said that officially there are four age groups for youth water polo — 18-and-under, 16-and-under, 14-and-under and 11-and-under — but that it’s not unusual to have a wide range of ages in any one grouping.

“That’s the nature of summer water polo,” he said.

Wagner went on to add that summer water polo is also co-ed, with rules in place as to how many players of each gender are in the water at any one time.

“There’s six ‘field’ players in the water plus a goalie for each team,” he explained. “There must be a minimum three boys and three girls. In my experience, girls do very well on these mixed teams. They’re good swimmers with excellent leg strength.

“When I played at Maple Ridge, we had the only program that won all four (summer)age group categories in one year, and if you ask anybody, they would tell you it was because of the girls that we won the championships.”

Wagner said that there is a huge interest in getting water polo going in the Interior of the province.

“A lot of swim clubs in the Okanagan and in other regions, as well as BC Water Polo, are watching us closely.”

Wagner suspects that Merritt’s first water polo teams will probably in the 16-and-under and 14-and-under age groups. That’s where the largest pool (pun intended) of young swimmers lies. He said that there is a contingency for teams to petition for an over-age player or two if needed.

While summer speed swimming has a strict schedule of weekend meets, water polo teams tend to arrange intermittent tournaments or play dates at mutually-agreed-upon times — in the lead up to the provincial championships in August.

“Many of the Coast clubs that compete in the summer swim program have water polo teams, and many of the swimmers take part in both activities. It wouldn’t be out of the question for us to arrange something before or after a regular swim meet.”

Wagner said that the Merritt club is well on its way to obtaining all the necessary equipment to run a water polo program.

“We have two sets of team caps and the proper water polo balls, and we’re in the process of ordering a pair of regulation nets. That’s about all that’s required.”

Both Wagner and Warren said that Merritt Leisure Services director Brad Gilbert has been instrumental in making a water polo program possible.

“Brad has been incredibly helpful in terms of giving us some good pool times for training, and arranging for space to store our collapsible nets,” said Warren. “He wants to see the program succeed as much as we do.” 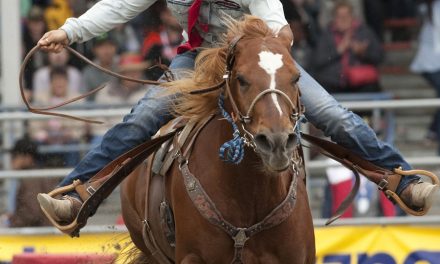 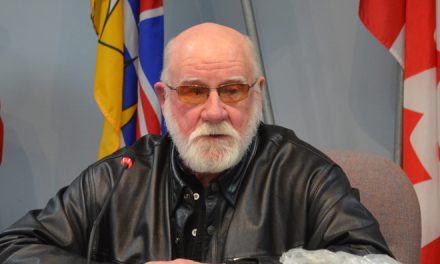