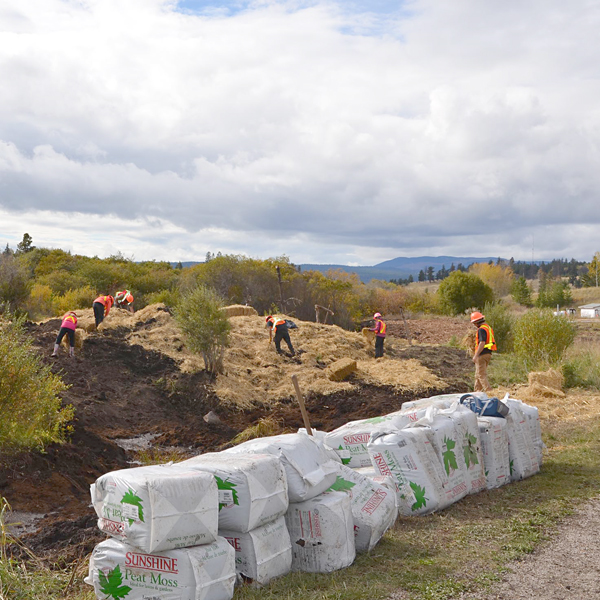 The District of Logan Lake is home to another wetland, thanks to the Logan Lake Enhancement Working Group and 21 students from the ecological restoration program at the British Columbia Institute of Technology (BCIT).

With the help of Kentucky-based wildlife biologist Tom Biebighauser, who has experience restoring and creating over 1,600 wetlands around North America, the 21 students got their hands dirty and created the wetland over the course of a week in September.

The partnership between the working group and BCIT was the third in four years, and plans are already in the works for next year.

The idea to create and restore wetlands in the Logan Lake area was conceived partly by long-time Ministry of Environment employee and Logan Lake Enhancement Working Group member Marge Sidney.

In June 2010, Sidney attended a week-long wetlands course put on by the B.C. Wildlife Federation for her own professional development.

Part of that course was designing a wetland, which Sidney suggested could be a good fit for an area near Logan Lake.

“As I learned in the course, wetlands clean water. We do have water quality issues in Logan Lake — the high pH, nitrates and salt,” she said.

Addressing the quality of the water in the lake was one of the mandates of the working group, which formed in 2007 and is comprised of representatives of various agencies, including the Ministry of Transportation, several branches of the Ministry of Environment, and the Logan Lake fish and game club — to name just a few.

“Wetlands are natural purifiers of water, and if we work upstream of the lake, then theoretically, we can do good work for the lake itself,” Sidney said.

The next summer, the working group undertook something of a pilot project with students in BCIT’s then-new ecological restoration program to build the wetland Sidney and others had helped design the previous year.

The group put down peat on the site to help lower the pH, as well as planted native vegetation to take up some of the nitrates in the soil.

While wetlands don’t take up salt, the group was instrumental in bringing the problem of salt leeching from the Ministry of Transportation’s old salt shed to the ministry’s attention.

“They immediately dismantled their salt shed. They took the salt out, they took the liner, they took a whole bunch of fill, they did much testing and took more fill as a result,” she said. “We thought, if we can get as much out now ahead of time just through an excavator, it won’t even enter the system. Then we only have to deal with what’s been leeching down.”

“We couldn’t believe the good things, the change,” she said. 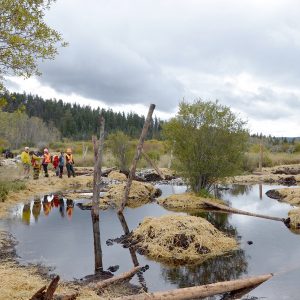 B.C. Institute of Technology stduents work with members of the Logan Lake Enhancement Working Group to reclaim some wetlands at the Meadow Creek Golf Course.

Seeing that the project was working, the group and BCIT took it up again in 2013, this time with added funding from the Habitat Conservation Trust Foundation — which committed to three years of funding.

In 2013, the students built two larger separate wetland areas downstream of the first one built in 2011. This year, they created another large wetland and three smaller ones on the Meadow Creek Golf Course.

The first step in creating the wetland is taking an inventory of the birds, mammals and vegetation on each of the previously-built sites and the site of the new wetland.

The students also have evening lectures from Biebighauser, for which the golf course donated use of its clubhouse.

The students draft up the design of the wetland, then commission an excavator to do the heavy digging to expose the water table.

Then the students come in and replant salvaged vegetation and a handful of nursery plants to reconstruct wildlife habitat.

This year, in clearing the land they’d use and preparing it for replanting, the students had added help from 248 goats, who feasted on thistles and invasive weeds.

Sidney said the decision to use goats came as a result of wanting to avoid pesticides.

Not only was it a novel idea, it was an effective one, Sidney said.

Goats have a complete digestive system, which means any seeds they eat do not germinate in their manure — unlike that of cows, chickens, horses, pigs and sheep.

Finally, toward the end of the week, the students are given a scenario for which they have to construct a diorama of a wetland for their final exam.

Though it’s an intensive week, Sidney said she expects the program to continue growing as it proves to be mutually beneficial for the students and for Logan Lakers.

“It’s gone beyond how I even envisioned this thing would go,” she said. “It’s just making me feel so good that we have been successful. We’re achieving all our goals.” 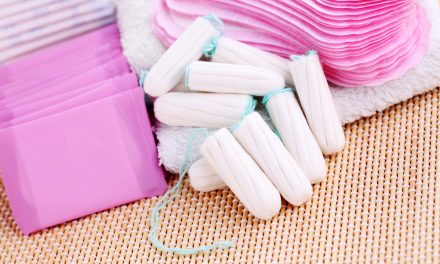 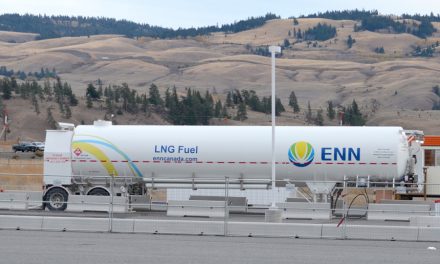